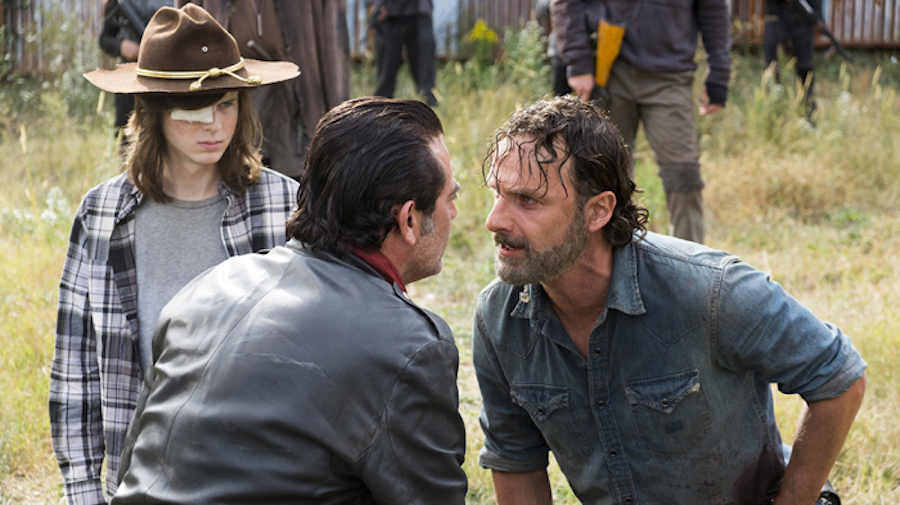 The promos for Season 8 of “The Walking Dead” promise “all out war” between Negan (Jeffrey Dean Morgan) and Rick (Andrew Lincoln). But let’s not forget that the show is, after all, about zombies.

Greg Nicotero, the series executive producer, tells Variety that the walkers will be the real winners in Season 8, which premieres this Sunday.

“[The walkers] are just waiting for these groups of idiots to kill each other off so they can finish taking over the rest of the world,” Nicotero told Variety back in May when the Season 8 premiere was being shot. “The zombies are like, ‘Oh, you’re going to let us not do the work and you’re going to do the work for us? Great. We’ll just wait until you’re done and we’ll take over.’ It’s sort of reminding the audience that this is the world.”

That sounds like a repeat of the showdown over the prison compound between Rick and the Governor: In the end, neither side won and the zombies took over the site.

He mentions Maggie’s speech in the Season 7 finale about why Glenn kept Hershel’s watch. “[That’s] a little bit of precursor to what we’re doing this season, which is to remind people who Hershel was and who Glenn was and hearing Maggie talking about society and going forward. There’s a specific moment in this episode where a character says, ‘Is hope enough to get us through to the next level?'”

We certainly hope so.