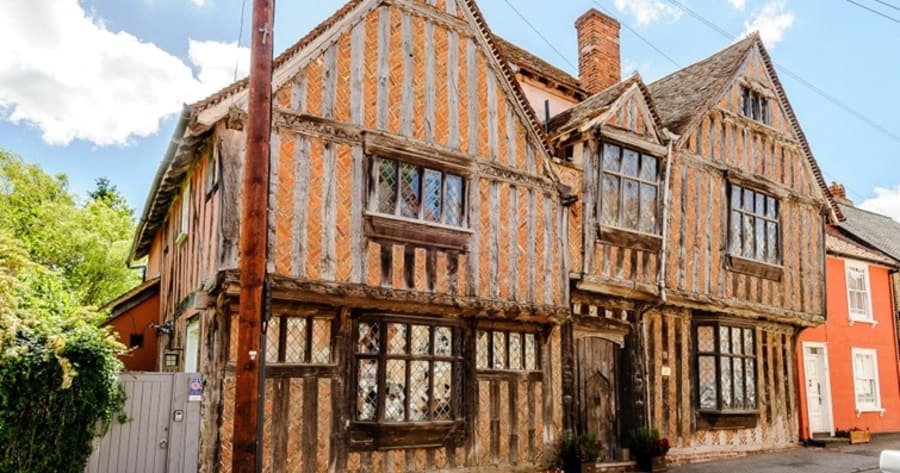 Better make a stop at Gringotts: Harry Potter‘s childhood home is for sale.

The 14th century cottage in the medieval village of Lavenham, England, located about 90 miles from London, was featured in 2010’s “Harry Potter and the Deathly Hallows – Part 1,” standing in for the home Harry inhabited with his parents in Godric’s Hollow when he was just a baby. In the flick, the house can be seen opposite a graveyard (created entirely for the film, the listing notes), which Harry (Daniel Radcliffe) and Hermione (Emma Watson) visit at Christmastime to pay respects to Lily and James Potter, who were murdered by Voldemort in the home.

Known as the De Vere House, the real-life structure is famous not just for its “Potter” association, and was once inhabited by one of the wealthiest families in the country — second only to the king. As such, it’s listed for a royal sum of £995,000, which equates to approximately $1.3 million.

According to the home’s official listing, the 3,000-plus square foot structure boasts plenty of eye-popping period details, including a herringbone facade, intricately-carved front door, and a stone spiral staircase. It’s been split into two separate residences, but can be reconverted into a single-family structure, and features a total of six bedrooms, four bathrooms, and a reception hall, perfect for hosting “Potter”-themed parties.