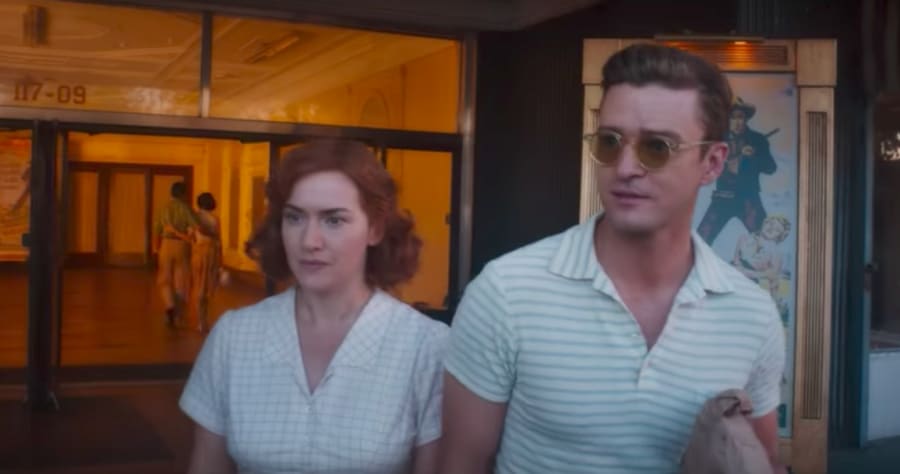 Coney Island is filled with bright lights, fun rides, and big smiles — but it also has a darker side in the first trailer for Woody Allen’s “Wonder Wheel.”

Set in the 1950s, movie follows waitress Ginny (Kate Winslet) and husband Humpty (James Belushi), a hard-drinking carousel operator. Their already-dysfunctional life gets messier with the arrival of his estranged daughter (Juno Temple), a “marked woman” being chased by the mob. “I know where all the bodies are buried,” she says.

And then there’s Justin Timberlake as a lifeguard named Mickey, who becomes romantically entangled with Ginny.

The trailer looks like it was filmed in the golden era of 1950s Hollywood, with its golden hues and stage lighting.

Winslet told Entertainment Weekly earlier this year that Ginny is “maybe the most complicated female character I’ve ever had the challenge of grappling with.”

“Wonder Wheel” makes its world premiere as the closing film of the New York Film Festival, and then opens in limited release December 1.