Winona Ryder: ‘I May Have Gone Too Far’ With ‘Stranger Things’ Emotions 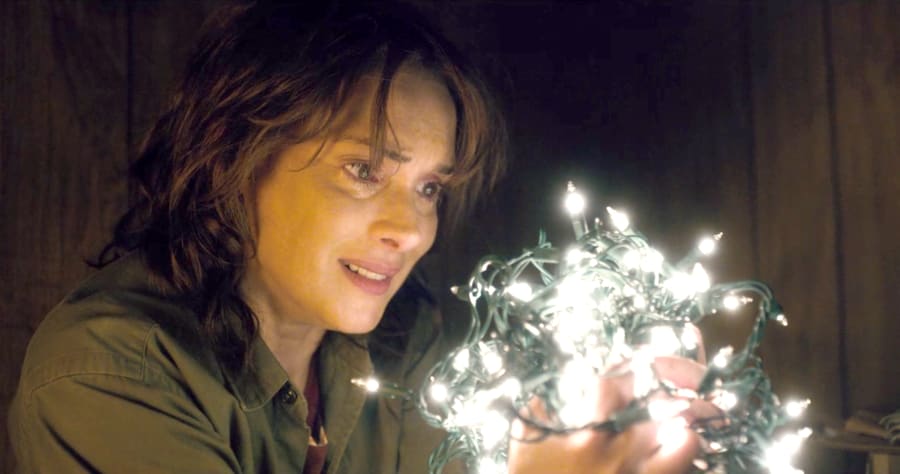 Winona Ryder still can’t believe the reaction to “Stranger Things,” including fans dressing up as her character Joyce Byers. “It’s so overwhelming,” Ryder told Marie Claire in a new story on her “Winonaissance” at age 45.

Ryder’s emotionally distraught mom Joyce became iconic — or at least an instant meme — after “Stranger Things” Season 1, and we know life isn’t going to get any easier for her son Will in Season 2. (Joyce will at least get a new boyfriend in scene-stealer Sean Astin.)

Ryder told Marie Claire that, since she isn’t a parent herself, she asked her mother for advice during the filming of Season 1:

“I said, ‘Mom, if every bit of logic is telling you your kid is gone, would you still [refuse to believe it]?’ And she said, ‘Absolutely.’ I said, ‘What if they show you a body?’ She said, ‘If you don’t see it happen, you don’t believe it.’ It’s a weird, primal thing. But I may have gone too far: it seemed like every day I was crying or freaking out.”

Director Shawn Levy recently told Vanity Fair that during the Christmas lights scene in Episode 3, Ryder was guzzling water on set to replenish her liquids from 10 straight hours of crying.

Joyce’s Christmas lights were spoofed, along with the rest of the show, on “SNL”:Winona Ryder is just an expressive, emotional person in general — which is what her “Stranger Things” castmates love about her, and why they defended her amazing SAG Awards faces.

Ryder also talked to Marie Claire about being the “old grandma” on the “Stranger Things” set, after being a child star herself in a very different era. Apparently she even confused Snapchat with actual snacking: “‘Snack chat? Give me a piece of that!’ I’m like the confused older person [on the set].” Sounds like she has it right, to be honest.