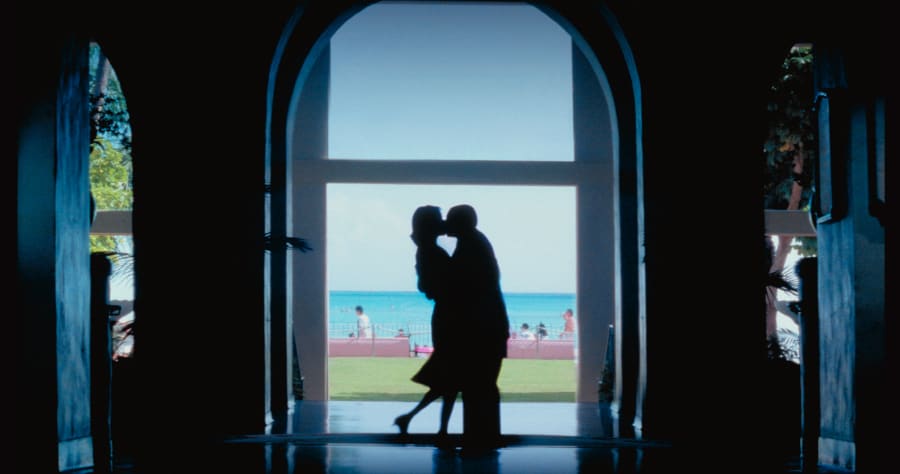 For some reason, when the great romantic comedies are discussed, the list is usually small and predictable. There’s usually “When Harry Met Sally,” an early Woody Allen gem (let’s say “Annie Hall“) and maybe something more modern and universally accepted (like “Crazy Stupid Love“). But along the fringes there are all sorts of compelling romantic comedy alternatives, films that will make your heart soar but might have a little bit more flavor, character and texture than your typical meet-cute. And one of the greatest of those films is Paul Thomas Anderson‘s “Punch-Drunk Love.”

Anderson is, of course, an American auteur whose tastes typically run to Altman-esque character studies like “Boogie Nights” and “Inherent Vice” or sweeping dramas like “There Will Be Blood” or “The Master.” But after the filmmaker had gotten done with “Magnolia,” a sprawling, three-hour-long Oscar-nominated epic, he wanted to do something more streamlined and comedic. So he set his sights on “Punch-Drunk Love,” a nimble romantic comedy that clocked in at 95 minutes and starred one of the biggest draws on the planet at the time, Adam Sandler. To get ready for the movie he directed segments of “Saturday Night Live” and for his troubles he was awarded the Best Director prize at Cannes.

“Punch-Drunk Love” has a deceptively simple storyline. Sandler plays Barry, a man who manufactures novelty toilet plungers and who is cripplingly lonely. He meets Lena (Emily Watson), who he quickly falls for, while also becoming embroiled in an extortion scheme run by a vindictive band of Mormons (led by a fiery Philip Seymour Hoffman). While the film might seem slight, “Punch-Drunk Love” contains multitudes. Not only are there are all sorts of tangential asides that add richness and dimension to the film (like Barry’s army of cruel sisters or his attempt to exploit a frequent flyer program by buying an excessive amount of pudding cups), but it’s an absolute technical knockout. Frequent Anderson confederate Robert Elswit handled the cinematography and it features graphic interstitials by artist Jeremy Blake (whose mysterious death a few years later is very much worth a Google) that play like the most hypnotic screensaver you’ve ever laid your eyes on.

But more than that it is an emotional tour de force. This film was made before Sandler branched out to dramatic roles and anything that wasn’t a broad comedy felt positively experimental. It remains his single greatest performance. Barry is bruised and desperate, both angry and deeply romantic, and Sandler is able to portray each shade with an insane amount of nuance. No matter how outlandish the movie becomes (there’s an interlude in Hawaii, bursts of extreme violence, and a song requisitioned from Altman’s problematic live-action “Popeye”), you’re so fully put in Barry’s shoes that it all seems commonplace. What’s more, he’s a character that is so wonderfully wounded that you can’t help but identify with some aspect of him. His relationship with Watson is really affecting and is always sentimental without ever becoming saccharine.

And it’s this winning combination of sweet and sour that makes it such an unforgettable classic. So many romantic comedies are simply goofy, without any of the darker aspects of love. They’re joyous and celebratory, for sure, with punctuations of heartache, but rarely do they grasp at the slippery weirdness that so many of us find ourselves in while navigating the turbulent seas of romance. “Punch-Drunk Love” never shies away from that strangeness and, in fact, luxuriates in it. It’s where this movie lives. And yes, it will make your heart soar. So the next time you’re in the mood for a romantic comedy, please give “Punch-Drunk Love” a shot. It’s the work of a filmmaker operating at the height of his powers, with many of his closest collaborators (including composer Jon Brion, whose twinkling music is downright magical) and an actor showing early signs of artistic fearlessness. If you’re looking for a version to watch, too, the film was recently released as part of the Criterion Collection, embellished with a number of notable features (including an archival interview with David Phillips, the “pudding guy” who Anderson used as inspiration for Sandler’s character) and anchored by a pristine presentation of the film.

No matter how you watch “Punch-Drunk Love,” though, be advised that you’ll probably fall in love with it. This isn’t your standard romantic comedy, but it’s an endlessly rewarding and gorgeous one. In short, “Punch-Drunk Love” will make you swoon.