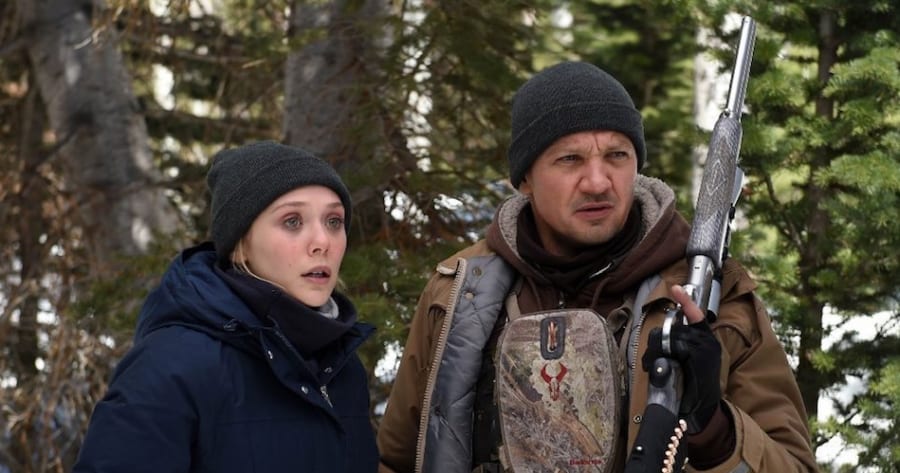 • “Wind River”
Elizabeth Olsen and Jeremy Renner will be back to fight more intergalactic bad guys in “Avengers: Infinity War,” but first you should see their acclaimed crime thriller, out on Digital HD on Tuesday, Oct. 31, and on Blu-ray/DVD on November 14. Olsen’s rookie FBI agent teams up with Renner’s game tracker to investigate the killing of a local girl on a remote Native American reservation. (If you’re counting Marvel stars, Jon Bernthal is also in this.) The release comes with deleted scenes and a behind-the-scenes video gallery.

• “On Wings of Eagles”
Joseph Fiennes (“Shakespeare in Love,” “The Handmaid’s Tale”) stars in this historical biodrama following the war-stricken final years of China’s first gold medalist and one of Scotland’s greatest athletes, Eric Liddell. The film arrives On Demand November 3, and on DVD and Digital December 5.

• “The Nut Job 2: Nutty By Nature”
Surly Squirrel (voiced by Will Arnett) and friends are back — along with some newbies — in this sequel adventure available on Digital HD Oct. 31 and on DVD/Blu-ray/On Demand November 14. Bonus features include feature commentary, deleted scenes, “Animation Progression Reels” showing two key scenes brought to life, and a “Concept Art Reel.”

Everything Stephen King touches seem to be coming to big or streaming screens these days, and that is just fine from here. Idris Elba and Matthew McConaughey star in this start of “The Dark Tower” adventure, arriving on Blu-ray, DVD, and 4K Ultra HD on October 31. The Blu-ray comes with a ton of extras, including five behind-the-scenes featurettes, a blooper reel, deleted scenes and “A Look Through the Keyhole,” which features three vignettes narrated by Roland and The Man in Black. The DVD includes the blooper reel and two of the featurettes.

• “The Shadow Man”
Since Tuesday is traditionally when new DVDs come out, and this Tuesday is Halloween, why not celebrate with some scary new releases? “The Shadow Man” is premiering on Digital and DVD on Halloween, following a newlywed photographer stalked by a dark man in a brimmed hat who follows her from her nightmares and into reality. “Sanity slipping, she meets a mysterious man claiming to know the shocking secrets of the Hat Man.”

Check out this exclusive clip from the movie:

• “Kidnap”
Oscar winner Halle Berry stars as a mother hell-bent on rescuing her kidnapped child in this thriller out on Blu-ray, DVD, and On Demand October 31. The release comes with the bonus feature “A Look Inside Kidnap,” with star Halle Berry, director Luis Prieto, and 2nd unit director/stunt coordinator Steven Ritzi discussing how Karla Dyson’s desperation to rescue her son made her capable of the extraordinary.

• “Serpent”
Here’s another Halloween fright fest for ya: Sarah Dumont and Tom Ainsley play a married couple whose romantic getaway into nature becomes a nightmare when they find themselves trapped in a tent with a deadly snake. If you, like Indiana Jones, fear snakes, this will probably keep you up for a week. Watch if you dare starting October 31 on DVD and Digital.

This week marks the start of a new month, and you know what that means: A heap of new titles will be added to Netflix as of Wednesday, Nov. 1, and others will be leaving on the same day. 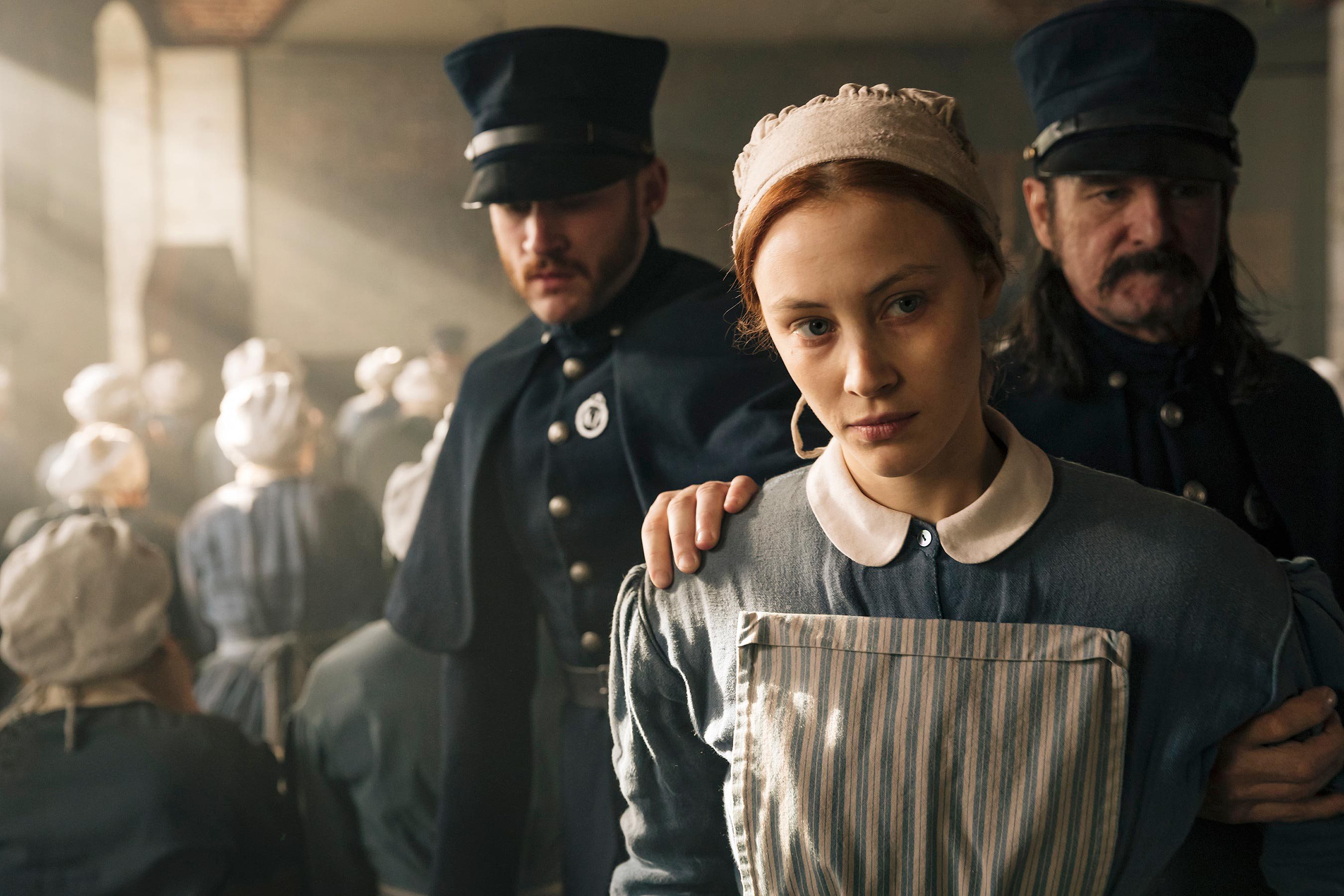 “The Handmaid’s Tale” has been doing pretty darn well for Hulu, so Netflix is trying its luck with another, very different, Margaret Atwood novel. She might be the new Stephen King when it comes to adaptations. No complaints!

“Alias Grace” is a six-hour miniseries following Grace Marks, “a poor, young Irish immigrant and domestic servant in Upper Canada who, along with stable hand James McDermott, was convicted of the brutal murders of their employer, Thomas Kinnear, and his housekeeper, Nancy Montgomery, in 1843.”

Sarah Gadon has the lead role, with support from Anna Paquin, Zachary Levi, and Paul Gross. Fun fact: The series was written by the amazing Sarah Polley. Stream it all this Friday, Nov. 3.• “The Big Family Cooking Showdown” Season 1 (Netflix Original)
If you love “The Great British Baking Show,” you may love this BBC team cooking competition. It’s hosted by “Great British Bake Off” (as they call it across the pond) winner Nadiya Hussain, along with Zoë Ball. Each week, two teams of three family members compete in three challenges, judged by Michelin star chef Giorgio Locatelli and cookery teacher Rosemary Shrager. The series is available on Netflix this Friday, Nov. 3. 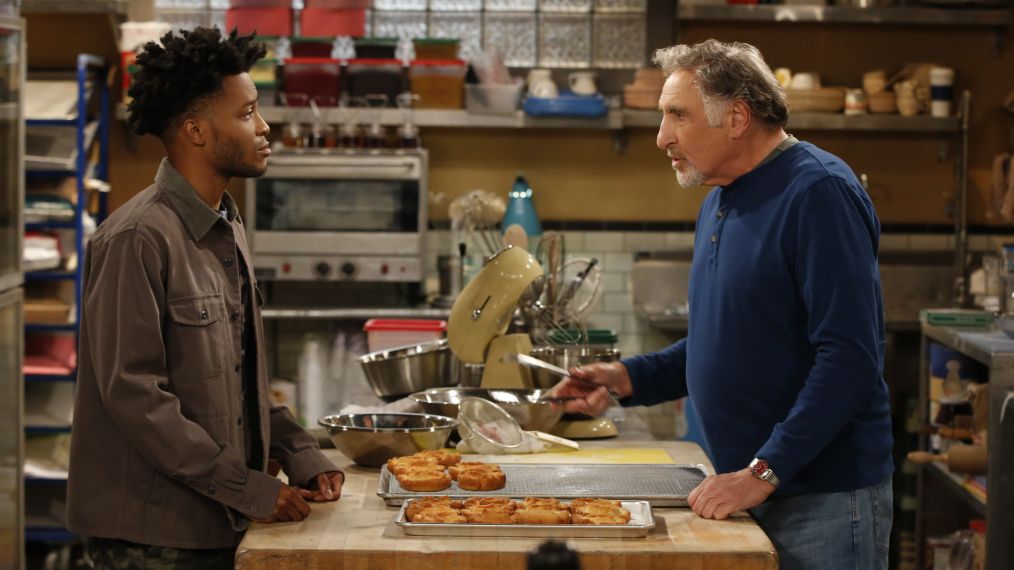 Mmmmm. Donuts. CBS is tweaking its schedule a bit this week, bringing Season 2 of “Superior Donuts” back at 9 p.m. instead of 9:30, so it airs before “Me, Myself & I.” The October 30 premiere is called “What the Truck?” and here’s the scoop: “Arthur’s business is threatened by an ambitious young entrepreneur who parks her food truck in front of the donut shop; Franco grows frustrated trying to following his dream of going to college.”

• Halloween Stuff (Tuesday on various channels)
Tuesday night is Halloween, and if “Halloween” is your thing, AMC has you covered. Over on FXX, they’re doing a marathon of “The Simpsons: Treehouse of Horror” episodes, which is pretty awesome. Some Network TV shows honored Halloween last week, but a few are doing night-of episodes, including “This Is Us” with Episode 6, “The 20’s”: “Trick-or-treating with the 10-year-olds goes awry for Jack and Rebecca; Randall, Kevin and Kate have life-changing Halloweens.” Also, if you want to get ahead of the game, “Dancing With the Stars” has a Halloween-themed night on Monday, Oct. 30 from 8 to 10 pm.

•​​​​​​​ “Major Crimes” Season 6 (Tuesday on TNT at 9 p.m.)
TNT is ending “Major Crimes” after Season 6, which starts on Halloween night and continues for 13 episodes, with the series finale airing January 16, 2018. The final season begins with “Sanctuary City: Part 1”: “When three 15-year-old boys vanish from a Catholic school field trip, Asst. Chief Mason orders Major Crimes to treat their disappearance as a critical missing; Sharon receives more evidence that Phillip Stroh may be returning to Los Angeles.”

​​​​​​​•​​​​​​​ “Get Out” (Saturday on HBO at 8 p.m.)
Much like Netflix, HBO also adds a bunch of titles at the start of the month, and you should check out what they’re adding to HBO NOW and On Demand. Every Saturday night they “premiere” a new movie, and this week it’s Jordan Peele’s breakout horror comedy “Get Out.” Perfect for a post-Halloween treat. Watch it with any leftover candy you might have.