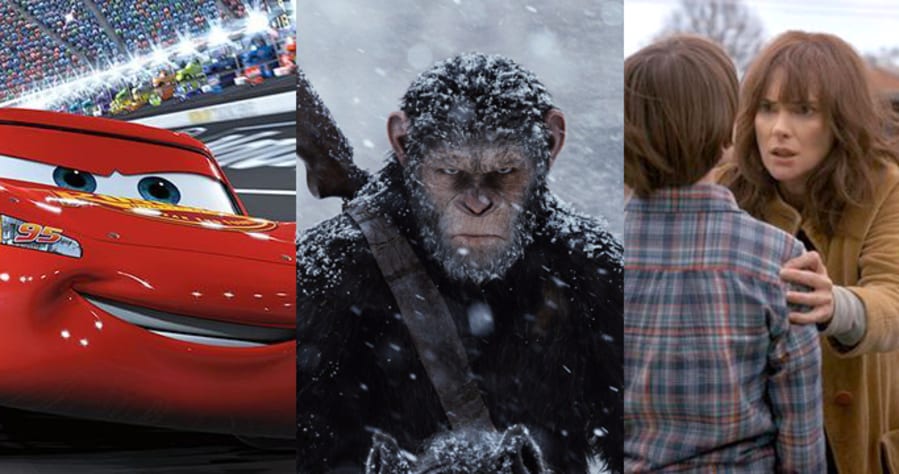 • “War for the Planet of the Apes”
APES! TOGETHER! STRONG!

The third film in the “Planet of the Apes” reboot franchise was popular with fans and critics, and you can watch it on Blu-ray, DVD, and 4K Ultra HD on October 24. That’s also when a new trilogy pack will be available, including “Rise of the Planet of the Apes” and “Dawn of the Planet of the Apes.” The DVD comes with the “All About Caesar” featurette, and audio commentary from director Matt Reeves; the Blu-ray has that and a lot more, including several more behind-the-scenes featurettes, an in-depth documentary on the making of the film, and deleted scenes.

• “Bushwick”
Civil war breaks out as Texas attempts to secede from the U.S. in this thriller out on DVD and Blu-ray on October 24. Dave Bautista’s former Marine and Brittany Show’s college student try to survive explosions and violence in the Brooklyn neighborhood of Bushwick as they learn what’s happening to the nation. The discs come with the featurette “The Making of Bushwick.”

• “An Inconvenient Sequel: Truth to Power”
Guess what? The world has not saved itself in the 10 years since Al Gore’s Oscar-winning documentary “An Inconvenient Truth.” This sequel — on Blu-ray, DVD, and On Demand October 24 — follows the former veep as he travels the globe to educate and inspire the next generation of climate champions. The Blu-ray comes with more than 40 minutes of in-depth bonus features.

• “The Emoji Movie”
This animated comedy, unlocking the secret world inside your smartphone, arrives on DVD, Blu-ray, and 4K Ultra HD on October 24. Extras include several making-of featurettes (including “How To Draw Poop”) plus “Puppy! An Original Hotel Transylvania Short.”

• Redbox: New titles coming to the big red box on October 24 include “The Emoji Movie,” “Guardians,” “Batman vs. Two-Face,” “Batman v Superman: Dawn of Justice,” “An Inconvenient Sequel: Truth to Power,” “Anchorman 2: The Legend Continues,” and “Daddy’s Home.” On October 27, “Annabelle Creation” will be added.

Charlize Theron’s elusive secret agent will make her particular set of skills available for digital download on Tuesday, Oct. 24. James McAvoy stars in the hit action thriller, which arrives on Blu-ray, DVD, 4K Ultra HD, and On Demand on November 14.

Bonus features include commentary from the cast, filmmakers, stunt performers, and fight coordinators; plus behind-the-scenes features taking viewers inside the stunt choreography.

Lightning McQueen is back with a new trainer and a new generation of racers to beat. Disney/Pixar’s sequel arrives on Digital and 4K Ultra HD on October 24, and Blu-ray/Blu-Ray 4K Ultra HD on November 7.

The drama arrives on Digital HD October 24, and Blu-ray, DVD, and on Demand November 7. Special features include nine deleted scenes, and four behind-the-scenes featurettes on the making of the movie. 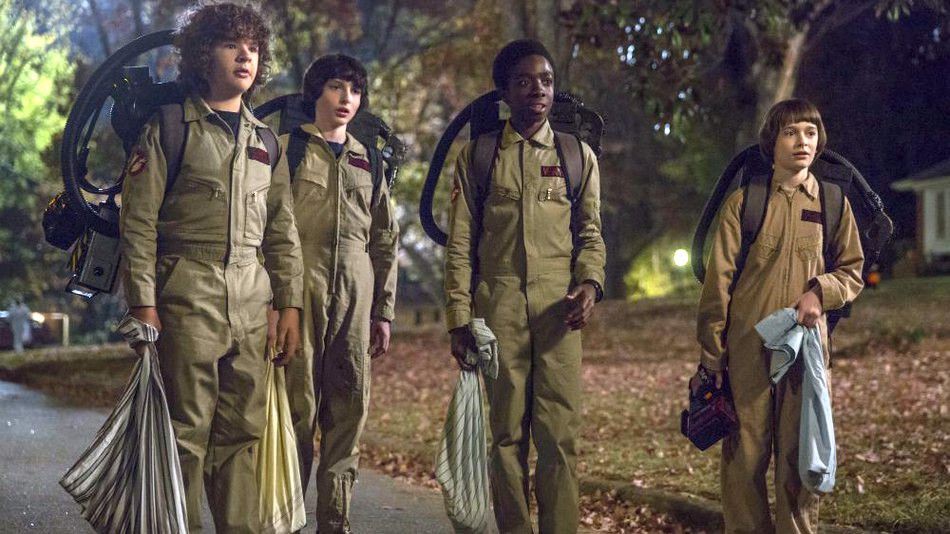 Welcome back to Hawkins, Indiana — just in time for some tricks and treats!

Season 2 of Netflix’s breakout hit picks up almost a year after Season 1, on Halloween night, with the ’80s boys going as Ghostbusters. Will Byers is back from the Upside Down, but he’s not quite well. This season introduces a few new characters, but don’t worry — Eleven will be back too. Watch the final trailer below, and prepare to binge all nine episodes on Friday, October 27.• “Joan Didion: The Center Will Not Hold” (Netflix Original)
“We tell ourselves stories in order to live.” Griffin Dunne, nephew of American literary icon Joan Didion, offers a portrait of her career and personal struggles in this intimate documentary available for streaming on October 27. Watch the trailer here. 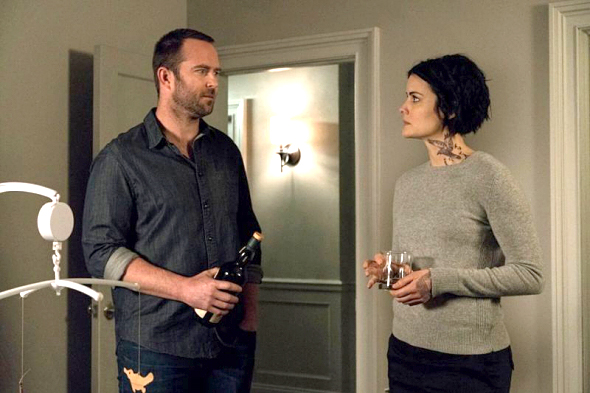 Jaimie Alexander’s heavily tattooed FBI consultant returns in the Season 3 premiere, “Back to the Grind,” which picks up 18 months after the Season 2 finale, bringing the FBI team back together by a new crisis. Exec producer Martin Gero said the cliffhangers from the Season 2 finale will be cleared up in the first 10 minutes, then a new story will begin, with Jane’s fresh tats driving the drama. Gero also said the tone will be lighter and a lot more fun this year.

• “Frontline’s Putin’s Revenge Part 1” (Wednesday on PBS at 10 p.m.)
“Frontline” is crushing the game with these Wednesday documentaries. This week marks the start of their in-depth two-part doc examining Russian leader Vladimir Putin’s rise, rule, and motivations. Part 2 continues the story on November 1.

• “Superstore” Season 3 (Thursday on NBC at 8 p.m.)
NBC has definitely revived Must-See-TV on Thursday nights — a very competitive night, opposite “Grey’s Anatomy,” “Supernatural,” and “Arrow” — with “Superstore,” “The Good Place,” “Will & Grace,” and “Great News.”

“Superstore” kicks things off with a Halloween episode this week. Episode 5, airing October 26, is called “Sal’s Dead.” Here’s the breakdown: “A dead body is discovered in the store on Halloween, causing panic and confusing the shoppers; Amy and Garrett get into trouble using a dating app on Jonah’s phone.”

• “Once Upon a Time” Season 7 (Friday on ABC at 8 p.m.)
“Once” brought Emma Swan back in Episode 2, and now Emilie de Ravin’s Belle is coming back for some answers in Episode 4, “Beauty.”

The Oct. 27 episode is a romantic Rumple-centric hour following the Rumbelle relationship through the years, and explaining where Belle is now in her life after Storybrooke. Giles Matthey will also return as their adult son Gideon.