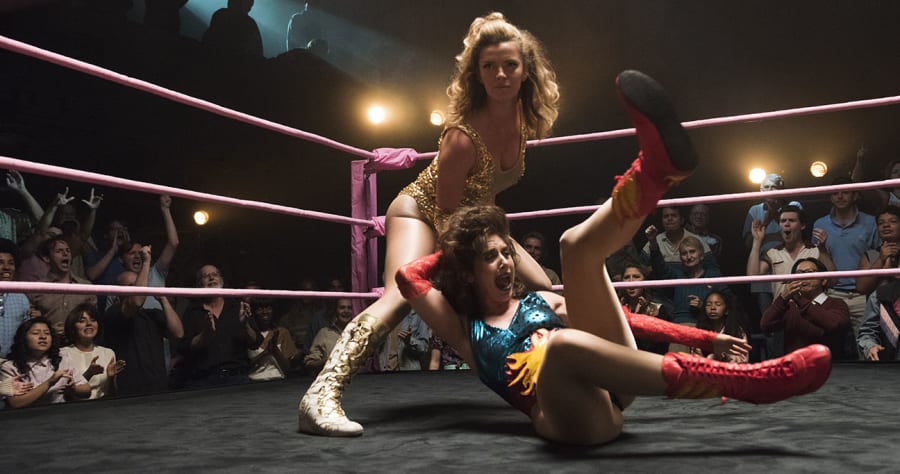 “GLOW” Season 2 is ready to put Zoya the Destroya and Liberty Belle back in the ring.

Look at Betty Gilpin smizing for her LIFE. She retweeted Brie’s post, which was liked by at least one celebrity fan:

— Erika Christensen (@ERIKAjaneC) October 17, 2017
The 1980s-set pro wrestling dramedy co-stars Marc Maron, Sydelle Noel, Britney Young, Jackie Tohn, Kate Nash, Britt Baron, and Rich Sommer. Netflix dropped the 10 episodes of its first season in June. The show was renewed for Season 2, but the release date for the next 10 episodes has yet to be revealed.