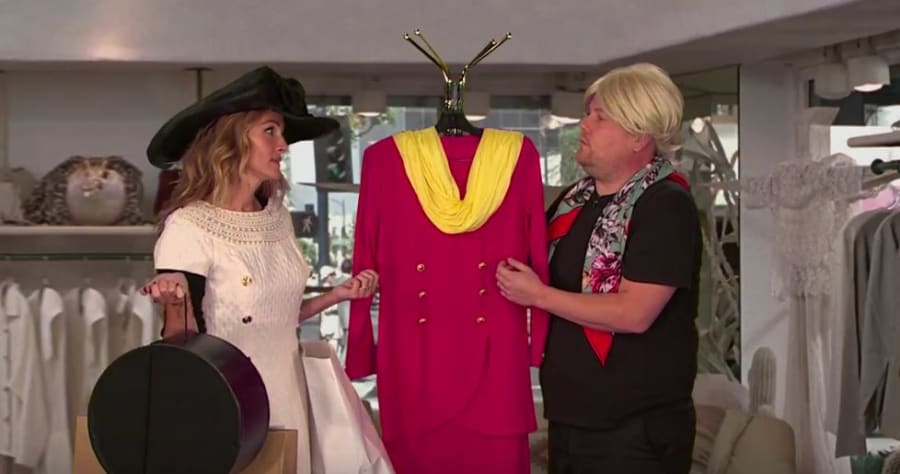 Julia Roberts has found quite the co-star in late-night host James Corden.

While appearing on “The Late Late Show” on Wednesday night, the Academy Award-winning actress revisited the highlights of her prolific career. To accomplish that feat, all she needed was Corden, a green screen, and some clever, if perfectly ridiculous, props. Their reenactments aren’t necessarily up to Roberts’s Oscar-worthy standards, but they’re definitely fun.

In less than 10 minutes, the two manage to get through more than two dozen of her movies. Their selection spans the decades, ranging from 1988’s “Mystic Pizza” all the way through present day. Hidden in the middle is a scene from her upcoming film “Wonder,” and they oh-so-subtly plug it and its release date.

Watch the hilarious video below — even Roberts can’t keep a straight face.