Vision & Scarlet Witch Have Their ‘Most Exciting Plotline’ in ‘Avengers: Infinity War’ 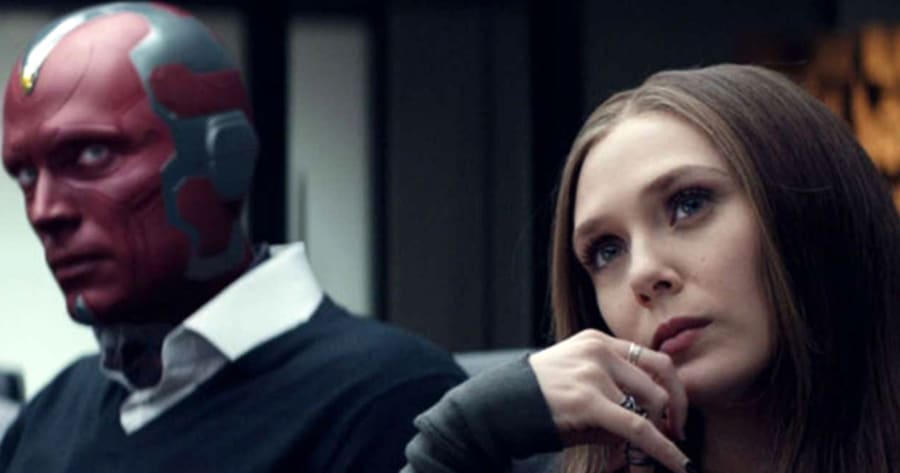 There’s a lot going on in “Avengers: Infinity War,” but there will still be time for romance, and a “really exciting arc” for Scarlet Witch and Vision.

The two unlikely lovers have forged a bond in the Marvel Cinematic Universe, getting very close in “Captain America: Civil War.” They’ll get still closer in “Infinity War.” Set photos posted by E! earlier this year showed the characters sharing a kiss, with Vision looking more human than android.

Actor Paul Bettany told the audience at Wizard World Comic Con in Chicago (via ComicBook) that good things are ahead for the characters:

“I think, for both Lizzie and I, it’s the most exciting plotline of each of us so far.” He called the “Avengers” film “the biggest production I’ve ever been on, ever.”

Elizabeth Olsen addressed the romance between Wanda/Scarlet Witch and Vision, and the leaked set photos:

“In any other world I would say, ‘I don’t know,’ but because there are paparazzi photos that kind of spoil things for fans – I think it’s safe to say that we now get to explore that part of the comic book. We get to introduce and really explore their relationship. It creates a really exciting arc for me and I’m so lucky I get to work with [Paul] Bettany all the time now.”