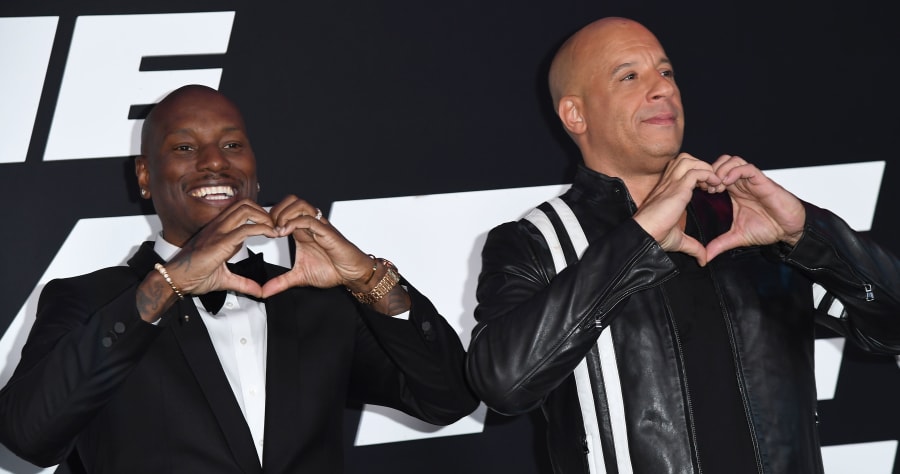 Vin Diesel was *thisclose* to not even being a part of the latest “Fast” feud, but he pulled himself back in.

If you’ve been following “The Fast and Furious” developments, you know “Fast 9” was delayed until 2020, with that news very shortly followed by confirmation of a spinoff starring Dwayne “The Rock” Johnson and Jason Statham. Now that will open in 2019 instead.

Tyrese Gibson is not happy. He’s been lashing out at The Rock on Instagram, blaming him for breaking up the “Fast” family with this spinoff. Tyrese was already firing warning shots even before the spinoff was announced.

But now Vin Diesel has stepped into the fight through the side door, simply sharing this throwback photo with two of his “Fast” boys, Tyrese and the late Paul Walker:

That definitely suggests Diesel has Tyrese’s back through Tyrese’s very public attacks on The Rock. That’s not too shocking, since The Rock played this Instagram game last year while they were filming “Fast 8,” and his “candy asses” comments were said to be directed at Vin Diesel. So this could be considered payback.

What would Paul Walker make of this, do you think? Would he be disappointed in them? Laugh it off? Take a side? He and Diesel were as close as brothers, so he’d probably stand wherever Vin stood.

Tyrese did not fail to notice Diesel’s Instagram post, and he reposted it with his own note:

#Repost #SwipeLeft – @VinDiesel – Never confuse determination with desperation….. What’s understood don’t have to be explained…… 44 million just got the memo…. Although it appears to be…. I’ve never been in this alone…….. #PerceptionVsReality #FastFamily like I said we don’t fly solo. President Obama’s integrity teachings is of a man who makes everyone feel like they MATTER…..

The “44 million” comment is probably a reference to the number of followers Vin Diesel has on Instagram.

The Rock — who has 94 million Instagram followers — has yet to respond to any of this. He might, though, since he basically bragged that his “candy asses” rant was great publicity for “Fast 8.” Jason Statham is also part of this spinoff, but history suggests he’ll try to “stay out of any bickering” between the lads.