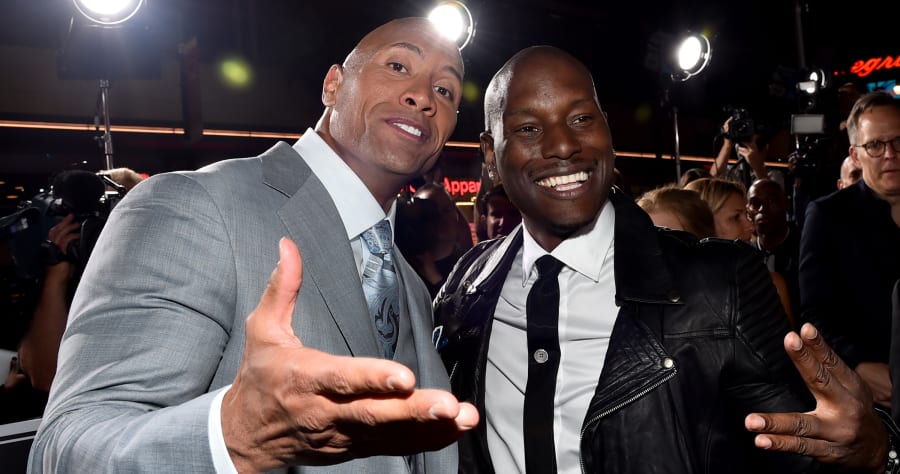 Tyrese Gibson is still furious with Dwayne “The Rock” Johnson for allegedly messing up the release schedule for “Fast and Furious 9,” and has once again taken to Instagram to vent his frustrations.

In yet another post aimed at his costar, Tyrese took a fresh swipe at Johnson, who he’s called out publicly before over the rumored standalone flick for Johnson’s “Fast” character, Luke Hobbs. While no such film has been officially announced yet, Tyrese — and many fans and critics — has assumed it’s all but a done deal, especially now that “Fast 9” has been pushed back from its original April 2019 release date to April of 2020, likely to accommodate the spinoff’s own release.

On Instagram, Gibson posted a screen shot of the new “Fast 9” release date with a searing caption addressed directly at his costar.

#PSA Congratulations to @TheRock and your brother in law aka 7 bucks producing partner @hhgarcia41 for making the fast and the furious franchise about YOU – And like you, DJ even if they call I will not be deleting this post – Gn folks see you in 2020 April #FastFamily right? Nah….. it’s about #TeamDewayne #3yrs will it be worth the wait? #NoShaw just Hobbs will this be another #BayWatch? Guys guys just relax I’m just a passionate film critic

“Congratulations to @TheRock … for making the fast and the furious franchise about YOU,” Gibson wrote. ” … #FastFamily right? Nah….. it’s about #TeamDewayne.”

The actor went on to take yet another shot at Johnson’s poorly received 2017 comedy “Baywatch” (a recent favorite pastime of Gibson’s that’s as petty as it is hilarious), wondering if the Hobbs flick “will … be another #BayWatch?”

The Rock has yet to respond, but we have a feeling this Fast Family drama is nowhere near over.