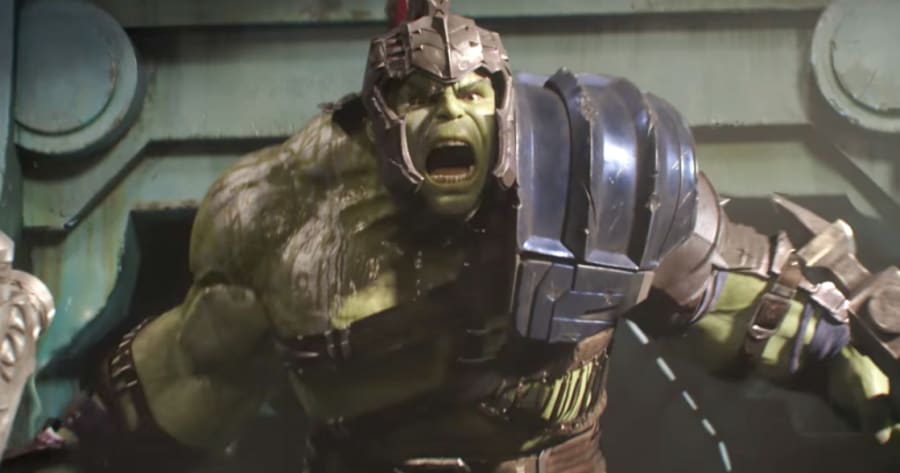 Surprise, Mark Ruffalo‘s The Hulk is getting his own solo story after all — it just happens to be spread across three other Marvel movies.

The Hulk already has his own standalone movie in the Marvel Cinematic Universe — “The Incredible Hulk,” starring Edward Norton in the title role. That was the second-ever film in the modern MCU. After that, Mark Ruffalo took on Bruce Banner/The Hulk. Ruffalo’s Hulk can’t really get his own standalone film like Captain America, Thor, and company because of certain rights issues with Universal. (Ruffalo talked about that during D23 over the summer.) He can only be in other characters’ movies, like the upcoming “Thor: Ragnarok,” or group movies like “Avengers: Infinity War,” and “Avengers 4.”

Marvel isn’t letting that hold it back from showcasing one of its best and certainly biggest characters. Mark Ruffalo told CinemaBlend that Marvel Studios boss Kevin Feige created a special story arc for The Hulk that they plan to spread across three films, starting with “Thor: Ragnarok”:

“So basically, Kevin pulled me aside before this, and said, ‘If you were gonna do a… if we were going to do a standalone Hulk movie, what would it be?’ And I said, ‘I think it should be this, this, this, and this and this, and ends up like this.’ And he’s like, ‘I love that. Why don’t we do that in the next three movies, starting with Thor 3 and then we go into Avengers 3 and 4.’ And I was like, ‘That sounds great!’ And so we are at the beginning of this arc.”

That does sound great. It wouldn’t technically be a “standalone” movie that way, so Universal can’t get mad. But enterprising souls — and there are many in the Marvel fandom — could make a supercut of all the Hulk scenes from “Thor 3,” “Avengers 3,” and “Avengers 4” and create the standalone film online.

So far, “Thor 3” has been getting the best reviews of the “Thor” films. It’s exciting for the character of Bruce Banner, and Ruffalo as a very worthy actor, to be able to tell his own story even amid all of the insane action of a “Thor” film and the next two “Avengers” movies.