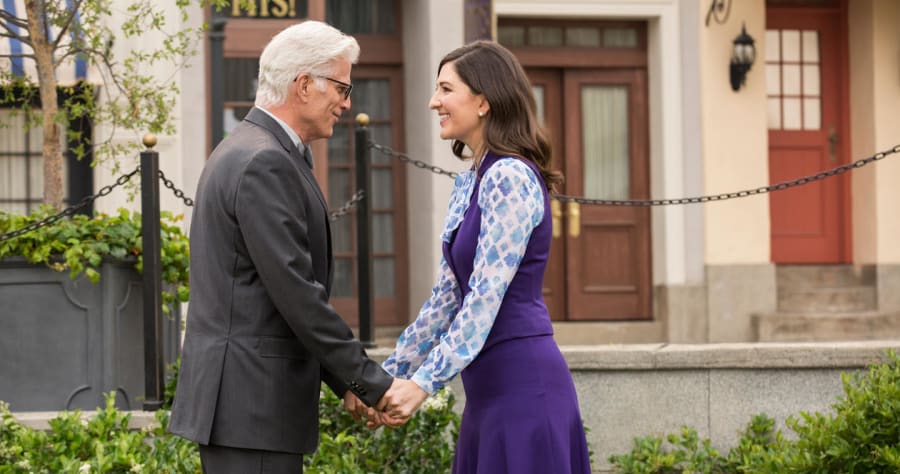 “The Good Place,” NBC’s heavenly comedy about the conflicted souls inhabiting the titular afterlife, employed a huge twist at the end of its first season, when (MAJOR SPOILER ALERT) it was revealed that the characters were actually being tortured in The Bad Place. Despite sounding like a pretty dark premise, the show is laugh-out-loud funny, and that’s especially true for a new gag reel from season one that’s recently surfaced online.

The clip, more than 10 minutes long, appears to have been produced for a season one wrap party, and features an intro and outro from Adam Scott, in character as Trevor, a douchey demon from The Bad Place. Trevor assigns point values to various missteps from the cast and crew (Kristen Bell’s burp earns her a negative score, while a crew member falling asleep during a Ted Danson monologue earns him both the actor’s and The Good Place’s admiration), though of course, as Hollywood jabronis, they’re all obviously doomed to The Bad Place.

There’s also plenty of real swearing this time around, so those watching at work might want to put on their forking headphones. Just prepare to stifle lots and lots of laughter, too (especially with anything concerning D’Arcy Carden’s brilliant turn as Janet).

“The Good Place” season two is currently airing on Thursdays on NBC.