‘The Walking Dead’ Season 8 Premiere Will Have Nods to the Past: ‘It’s Sort of a Thank-You Letter’ 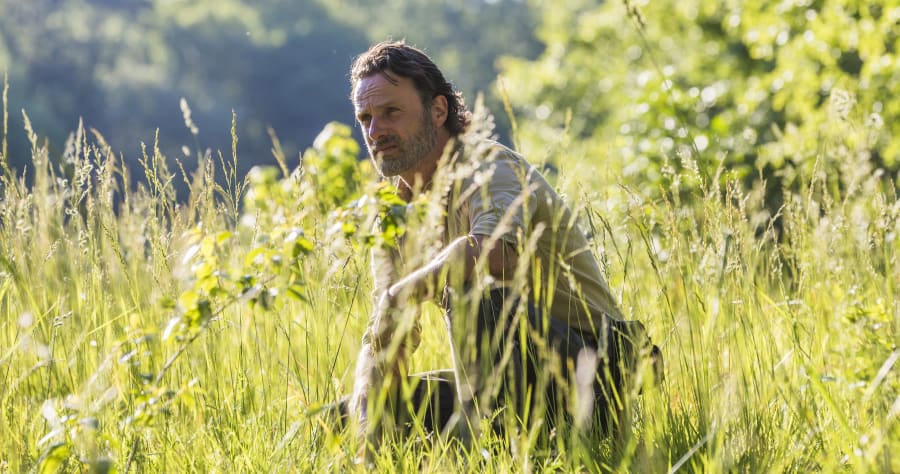 “The Walking Dead” Season 8 premiere won’t just kick off a new season — it also marks the series’ 100th episode. With that monumental TV event coming, fans are in for something special.

In honor of the big milestone, “The Walking Dead” is paying homage to its past. Specifically, Episode 100 will feature throwbacks to earlier seasons, including a few sequences that Greg Nicotero, one of the show’s executive producers and directors, told Variety fans “will instantly recognize.”

At the same time, the episode will bring a new change; Season 8 is set to take on a faster pace, starting with its premiere. The executive producer revealed that Episode 100 is “by far the most propulsive season premiere we’ve ever done.”

“I think we’re accelerating our pace a little bit this season in terms of having some of those little moments conclude sooner instead of dragging it out over a long period of time,” he told Variety. “I think the show is going to have a tremendous amount of momentum this year.”

His comments are in line with information that star Lennie James (Morgan Jones) previously revealed. The actor warned that the storytelling in Season 8 would make fans “work a little harder,” explaining that not everything will play out onscreen. Not only will there be an element of surprise, the approach will presumably save time.