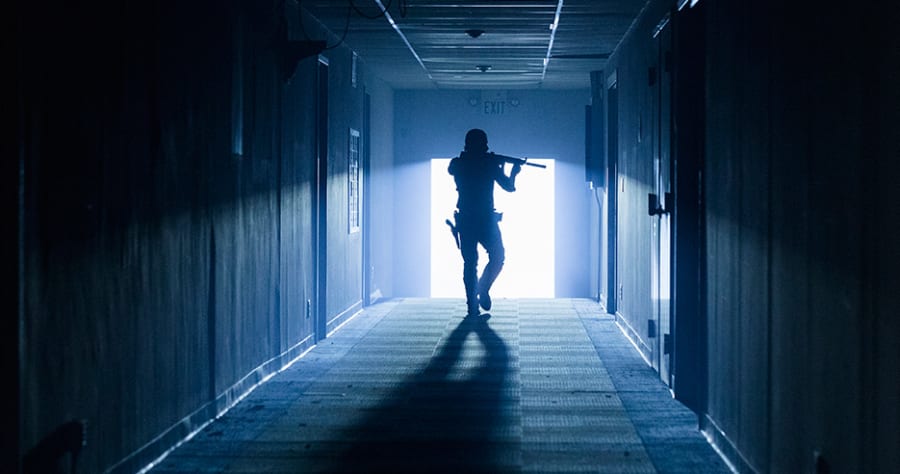 UPDATE: Yep. The scene happened exactly as spoiled below. Now we have to wait for it to make sense that Morales is in the DC/Alexandria area and on Team Negan.

Officer Friendly is about to have a not-so-friendly reunion in “The Walking Dead” Season 8, Episode 2.

“The Damned” airs Sunday, Oct. 29 on AMC with this synopsis: “The plan involving Alexandrians, Kingdommers and Hilltoppers unfolds; as Rick continues to fight, he encounters a familiar face.”

OK, small hint about Episode 2, “The Damned.” What can we expect?
Two is fantastic. It’s a direct continuation of the war and the attack on the satellite [outpost], which is exciting. And it’s possible that there may be a character that we may have thought was dead pop up. Who knows?

The Spoiling Dead Fans tends to have very reliable intel, and they say they know the familiar face in question. Ready for the spoiler?

Here’s part of The Spoiling Dead Fans’ Q&A with their source, with details on Episode 2:

• Who is the familiar face that Rick runs into?

• What happens in the scene with Morales?

It’s at the very end. Rick and Daryl are ambushing an outpost, and when Rick makes it to the top level of the building someone steps forward and points a gun at Rick’s head and says, “Hi Rick.” It’s Morales. Rick says, “You’re Morales. You were at Atlanta,” and Morales responds, “Yeah well, that was a long time ago. It’s over, Rick. I called the Saviors back, and they’re coming.” Morales then cocks his gun. End of scene. End of episode.

You remember Morales, right? Actor Juan Gabriel Pareja’s character hasn’t been seen since Season 1, when he, his wife, and their two kids left Rick’s group for Birmingham, Alabama to try to connect with family. In Episode 5, “Wildfire,” before the rest of the group went into the CDC, Morales said his family was taking off. Rick gave Morales a gun with a box of ammo, and a walkie-talkie in case they wanted to contact the group again. 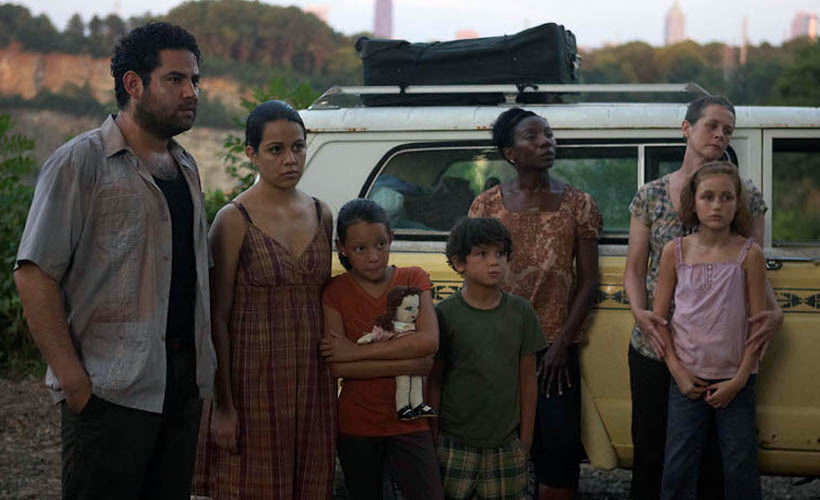 That’s the last we saw of them. Now it’s Season 8, and — based on the nebulous age of baby Judith — maybe three or four years later.

But the way this plays out … if it happens as spoiled, WHY?

WHY would Morales be up in the Alexandria, VA area and on Team Negan and the Saviors? Did he try to follow Rick and ended up there? Did he try to go to Washington, DC, for some of the same reasons others did — figuring the nation’s capital might have the best resources, answers, and a possible cure plan? Why would he turn on Rick?

Sounds like Episode 2 is intentionally going to leave fans with many questions about Morales, and hopefully they are answered in Episode 3 or shortly thereafter. Maybe he’s not really Team Negan. Or maybe he can be brought back to Team Rick.