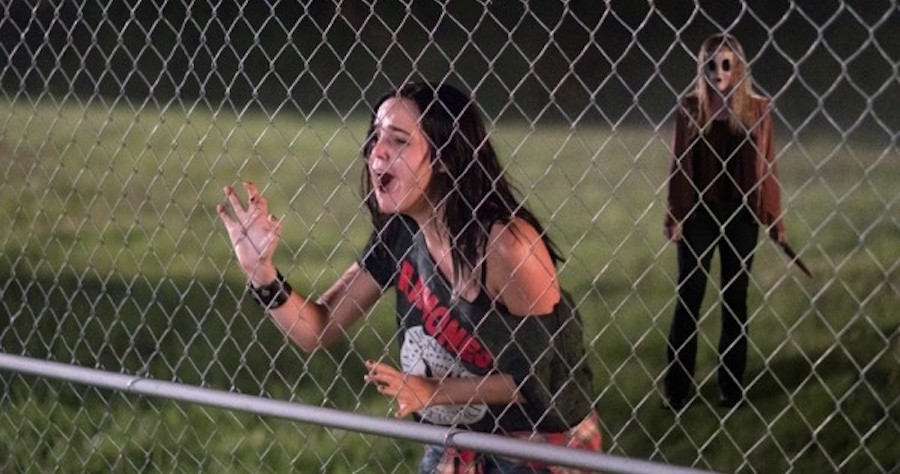 After 10 years, the sequel to 2008’s home-invasion horror film “The Strangers,” is finally hitting theaters. A creepy first image shows the masked psychos who preyed on Liv Tyler and Scott Speedman in the first film are out hunting new victims.

Here’s the official synopsis for the sequel, which is called “Strangers: Prey at Night:”

“A family’s road trip takes a dangerous turn when they arrive at a secluded mobile home park to stay with some relatives and find it mysteriously deserted. Under the cover of darkness, three masked psychopaths pay them a visit to test the family’s every limit as they struggle to survive. Johannes Roberts directs this horror film inspired by the 2008 smash hit ‘The Strangers.'”

Johannes Roberts directed “The Other Side of the Door” and this year’s shark attack thriller “47 Meters Down.” The family being stalked in “Strangers: Prey at Night” are played by Christina Hendricks, Martin Henderson (“The Ring”), Bailee Madison (“Don’t Be Afraid of the Dark”), and Lewis Pullman (“Battle of the Sexes”). 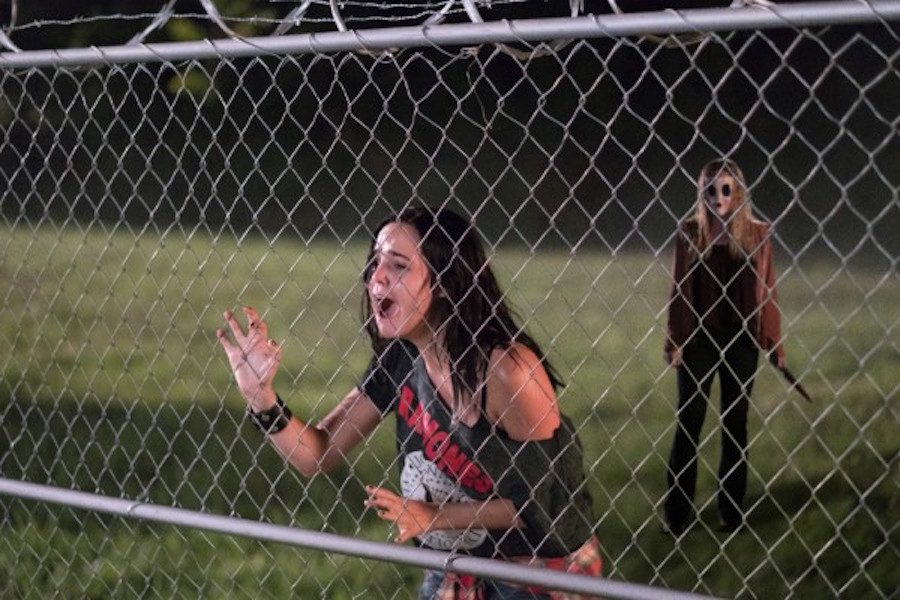