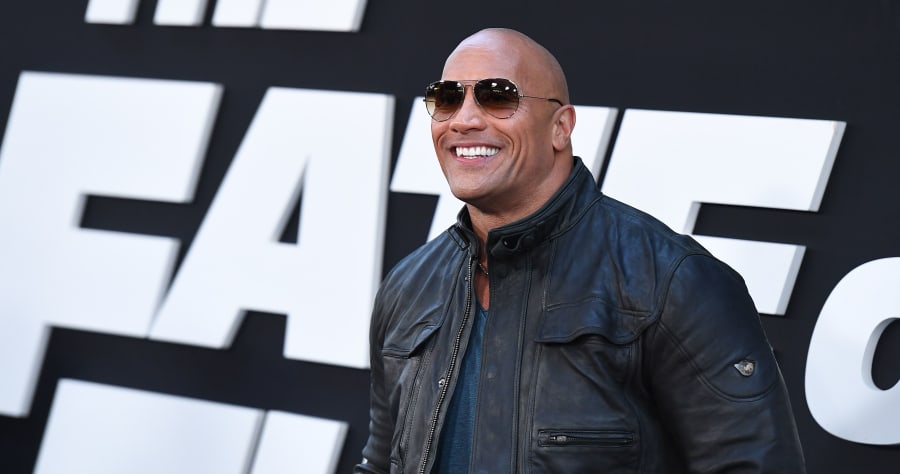 Dwayne “The Rock” Johnson just hyped his Hobbs spinoff with a mini teaser, while playing off the “Fast and Furious” drama around him.

As you know, “Fast 9” was delayed until 2020 and now The Rock’s spinoff with Jason Statham will be coming out in 2019. Tyrese has not been happy about that — blaming The Rock — but Vin Diesel defended the delay as needed time for them to do “maintenance” on the “Fast” franchise.

The Rock shared a video and this note with fans to share his initial thoughts on the spinoff:

“Daddy’s gotta go back to work ~ Hobbs.
Pumped to expand and build out the FAST & FURIOUS universe in a cool, exciting way with our @sevenbucksprod, writer/producer Chris Morgan, producer Hiram Garcia and lead producer and my bigger twin, Neil Moritz.
Thank you UNIVERSAL STUDIOS for being tremendous partners who see the big picture and for coming to us years ago with this spinoff idea. Huge shout to my brother, Jason Statham for the trust and wanting to create and deliver something fresh and bad ass for the fans.
I have a tremendous amount of respect for this franchise that I’ve enjoyed droppin’ blood and sweat in over the years and my vision is to create greater opportunities for not only my fellow FF cast mates, but for other amazing actors as well who want to be a part of something new and cool.
I want to use my spinoff platform to create new characters that fans will ultimately love to have fun with in multiple chapters and platforms. Film, TV, Digital, Virtual Reality etc.. the more opportunities we can create the better for the fans.
Smart business.
Let’s have some FUN and to quote, Hobbs the boss, if you don’t like it, we’re happy to beat that ass like a Cherokee drum.
#HOBBS #SevenBucksProds #NewOpportunities #CandyAssesNeedNotApply
JULY 2019″

Yes, the “candy asses” are back! That’s the colorful phrase The Rock used last year when calling out some male “Fast 8” co-stars toward the end of filming. That was said to be about Vin Diesel, although they later reportedly quashed any beef. The Rock later stood by his candy asses insults, and called more actors the term in a more playful, lighthearted way. Now maybe there’s an edge to it, after all of the public drama with Tyrese blaming him for the “Fast 9” delay. But Daddy’s gotta go back to work, so he doesn’t have time for any more drama.