The First ‘Thor: Ragnarok’ Reviews Are In, With Three Big Standouts 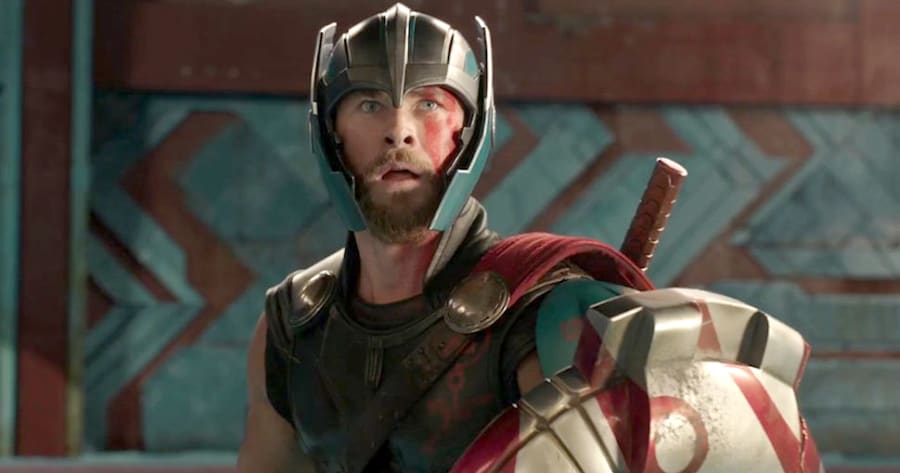 Critics are now posting their thoughts on “Thor: Ragnarok,” and it’s clear they like it — more than the previous “Thor” movies — and they seem to agree on what they like best:

Here are a few of the early reactions:

#ThorRagnarok ⚡️ABSOLUTELY ROCKS! I was totally blown away by the story, action, effects, performances, & one of Marvel’s best soundtracks! pic.twitter.com/I6ZA9l6pEc

Thompson is great too, a subversion of the “bad-ass” female action figure. At its best, #ThorRagnarok has an occasional GHOST PROTOCOL vibe.

#ThorRagnarok is magnificent. They added so much humor that goes perfect w the action. @TessaThompson_x is Badass @MarkRuffalo is incredible

After seeing #ThorRagnarok I can say that @chrishemsworth‘s Thor will become many people’s No.1 favorite Avenger. The guy shines in this.

#ThorRagnarok: a goofy good time. Easily the funniest non-Guardians MCU flick – EVERYONE in it is funny. Great music (Mothersbaugh), fights.

#ThorRagnarok was an absolute BLAST! Hysterical and seriously kick ass! Also @taikawaititi is a riot!

#ThorRagnarok is the best Thor movie BUT still think it’s really good not awesome. Hemsworth, Hulk & Tessa all great, though. And Goldblum! pic.twitter.com/rY6ItFzdjN

#ThorRagnarok is a ton of fun! Self-contained MCU plot, but character work is awesome, and the adventure a thrill. Best of the Thor movies! pic.twitter.com/tQ8DuCcwxM

#ThorRagnarok is laugh out loud funny from start to finish. Stumbles a bit in the first act, but it triumphs when it gets weird with it.

All the new #ThorRagnarok characters are knockouts, but Tessa Thompson walks away with this movie. All hail Valkyrie.

The technical work on this movie is spectacular too. Visuals are stunning & Mark Mothersbaugh’s score might be Marvel’s best.

‘Thor: Ragnarok’ has a few surprises I didn’t know about. One of them is A-M-A-Z-I-N-G and possibly the funniest scene in any @Marvel movie. pic.twitter.com/NRNFeftHyQ

‘Thor: Ragnarok’ music/soundtrack is fantastic. And some of the visuals are insane. Seeing again as soon as I can. Another @marvel winner. pic.twitter.com/GgCUEiDcmC

Loved ‘Thor: Ragnarok’. @TaikaWaititi did an awesome job. Movie is loaded with his trademark humor. Laughed beginning to end. pic.twitter.com/kfROuqSyVe

Check out more initial reactions at Thor’s own special hashtag. Full reviews will be posted after the embargo is lifted, but it looks like a fresh score is ahead — maybe not top of the heap, but high. (DC fans, this is not bad for you, “Justice League,” or the DCEU. It’s OK for people to like another Marvel movie.)

“Thor: Ragnarok” stars Chris Hemsworth as Thor, Tom Hiddleston as Loki, and Mark Ruffalo as The Hulk, alongside Tessa Thompson as Valkyrie and Cate Blanchett as Hela the Goddess of Death. Idris Elba, Jeff Goldblum, Karl Urban, and Anthony Hopkins co-star. The movie arrives in theaters on November 3.