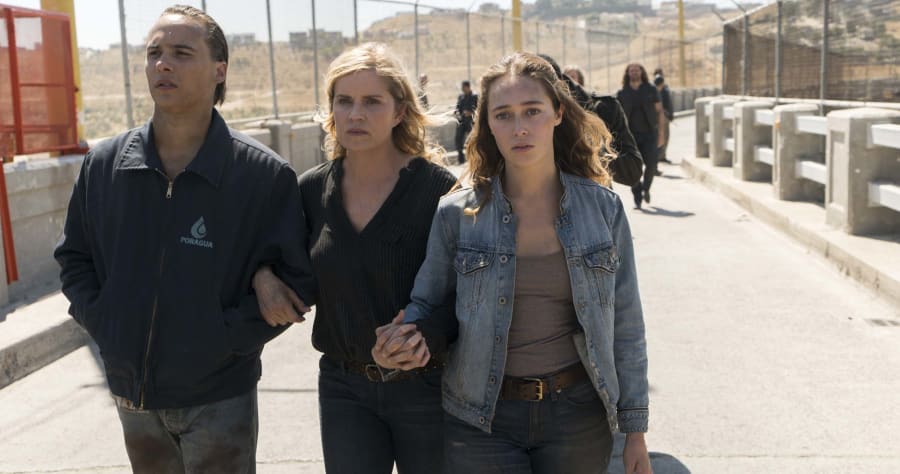 When the crossover news came out, comic book writer/executive producer Robert Kirkman was careful not to say which show would be getting the crossover, but it always seemed like “Fear” would be getting a TWD boost. At the same time, Michael Cudlitz tweeted, “Crazy sh*t is about to go down. See y’all on the other side,” leading many fans to think Abraham Ford would be the crossover character.

That was further “confirmed” — although not yet official — by the “Fear the Walking Dead” Season 3 finale. The season ended with Alicia (Alycia Debnam-Carey) invited to board villain Proctor John’s (Ray McKinnon) ship to “sail for what’s left of Houston.”

Texas? Is that a clue to Abe coming to #FearTWD ?!?! pic.twitter.com/pWXZBRf7em

Houston is where Abe’s story began on “The Walking Dead,” when he was still a family man, before he met up with Rosita and Eugene for Eugene’s “mission.” So now fans are pretty sure that’s what’s up for “Fear” Season 4 — a bittersweet trip down memory lane with our now deceased favorite ginger and his badass one-liners.