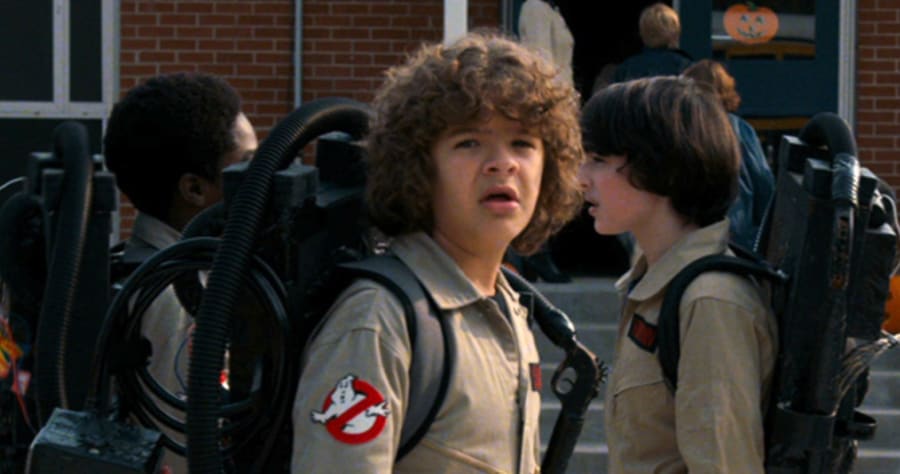 With Netflix’s 80s-centric-horror-retro original series “Stranger Things” emerging as the sensation of the summer of 2016, we should all expect an even bigger, scarier and splashier second season, right?

Not exactly, the show’s creators Matt and Ross Duffer tell Moviefone. In fact, “intimate” is the buzzword they suggest. Of course, the twin creative forces are still keeping many of the new season’s secrets close to the vest, but they do guarantee an evolution into a next-level take on “Stranger Things,” and they promise that if you have fond memories of the year 1984, especially in cinema, your nostalgia factor will be off the charts.

MOVIEFONE: Coming back, you know the expectations are high. How did you deal with that on a creative end, to not overly play into that?

Ross Duffer: Season one, it was just all of us doing something that we were excited about, that we wanted to tell. We weren’t thinking too much about the audience. We were just hoping that if we liked it, maybe a few other people would.

So we tried to do the same thing. Once we got to set, everyone was able to black out the noise. It’s been easier for us. We’re not like our kids who now get recognized everywhere they go. So it was easy for us – there’s so much work that you just get into the work mode, and then you sort of forget about all this until you show up at a red carpet, and you’re like, oh my God.

Matt Duffer: Yeah, it feels very intimate. Very small. This stuff is a bit of a rude awakening sometimes, but when we’re working on it, it doesn’t feel like this.

At the same time, you were sort of emboldened to envision the whole series, and the bigger picture of everything. What was fun about looking that far ahead and thinking what you might be able to do in four seasons?

Matt Duffer: We kind of think of each one as a little movie. It’s very important to us that we get to try new stuff every year. It’s important that we don’t get bored doing it, and that the actors don’t get bored. So we want to always be excited. That’s the only barometer we have. Hopefully that translates with audiences, and we were very new to this.

So we don’t know how it’s going to go, but we’re excited about season two. We’re sticking with what worked for us the first time. The worst kind of sequels to me just sort of regurgitate everything, or the exact same experience. So even though we know certain things worked really well last year, we don’t want to do it all again. So it worked well, great. You can watch season one if you love that so much. I still hope it feels like “Stranger Things,” and still has the same spirit, even if it is very different.

What specifically can you say about Season Two? What are the talking points?

Matt Duffer: I can’t even say any good interesting talking points beyond what’s already been said! That’s the thing.

Ross Duffer: We’ve said this, but it’s a year later. Will may or may not be doing so great. The gateway to the Upside Down is still there. So for us, there was a lot of stuff to start the story with.

Matt Duffer: The fun thing is we introduce some new characters, but then we also get to spend a lot more time with some of the more secondary characters last year. So like, particularly, Lucas and Dustin, and get to go into their houses, and we get to know them more. And that’s been a lot of fun.

Is there any tweak or evolution to the cinematic style?

Ross Duffer: There’s some nods to some incredible stuff.

How did you come to catch the vibe of that year retroactively?

Ross Duffer: I don’t know. We grew up on those movies. I think we responded to them more than the early 90s movies that were coming out when we were the age of the kids on the show. We just were inundated with that culture from very young. It felt very modern to us, when I was watching those movies. So it’s just, again, trying to capture that vibe a little bit.

Matt Duffer: We were close enough to it that it wasn’t a stretch to write. Then we have an amazing production designer, and a lot of incredible collaborators, costume designer grew up and went to high school in the 80s. So they help us get the details right, which is very important.

What’s been fun about having your kid stars growing up on the show and not try to pigeonhole them into exactly the way that we saw them in season one, but let them evolve along with your actors?

Ross Duffer: I think some of it is we get to go into like Lucas’ house, and we get go into Dustin’s house, and meet their families. I think we just start to see more sides to them than in season one. So we’re excited about the evolution of those characters.

Matt Duffer: My favorite thing about television though is the actors actually do, more than in film I think, influence the storytelling in terms of, we write to them. And who they are as people inspire us to write better, richer characters for them. So it is cool. It’s fun.

They’re changing every day, and we’re watching them change. We have no choice but to work that into the show. To me, that’s going to force the show to evolve. Even if we didn’t want the show to evolve, that’s going to make it evolve. I think we lean into it and I think we embrace it. But it is striking to me. I look back at season one. We see clips and stuff -– they’re little babies! They look so tiny and cute. I’m like, “What happened to you guys?”

“Stranger Things” 2 will stream, in its entirety, on Netflix starting Oct. 26.