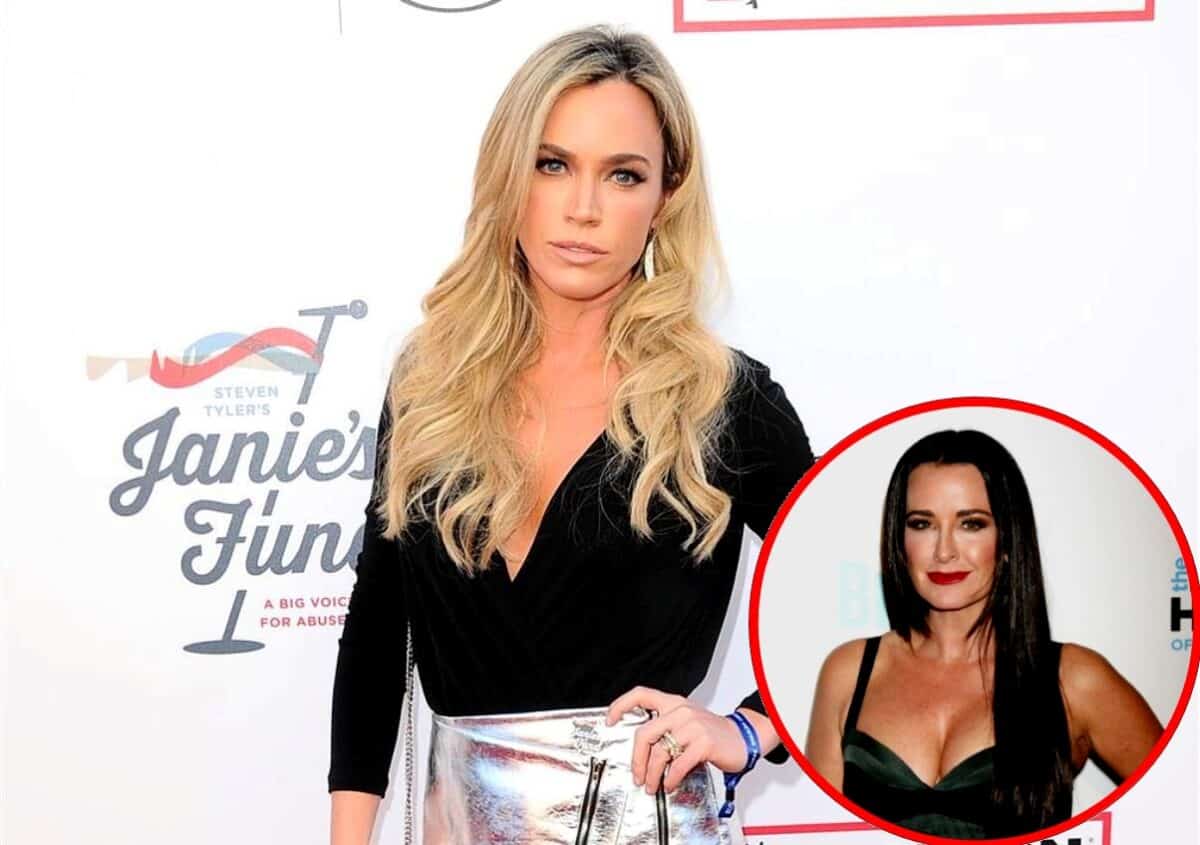 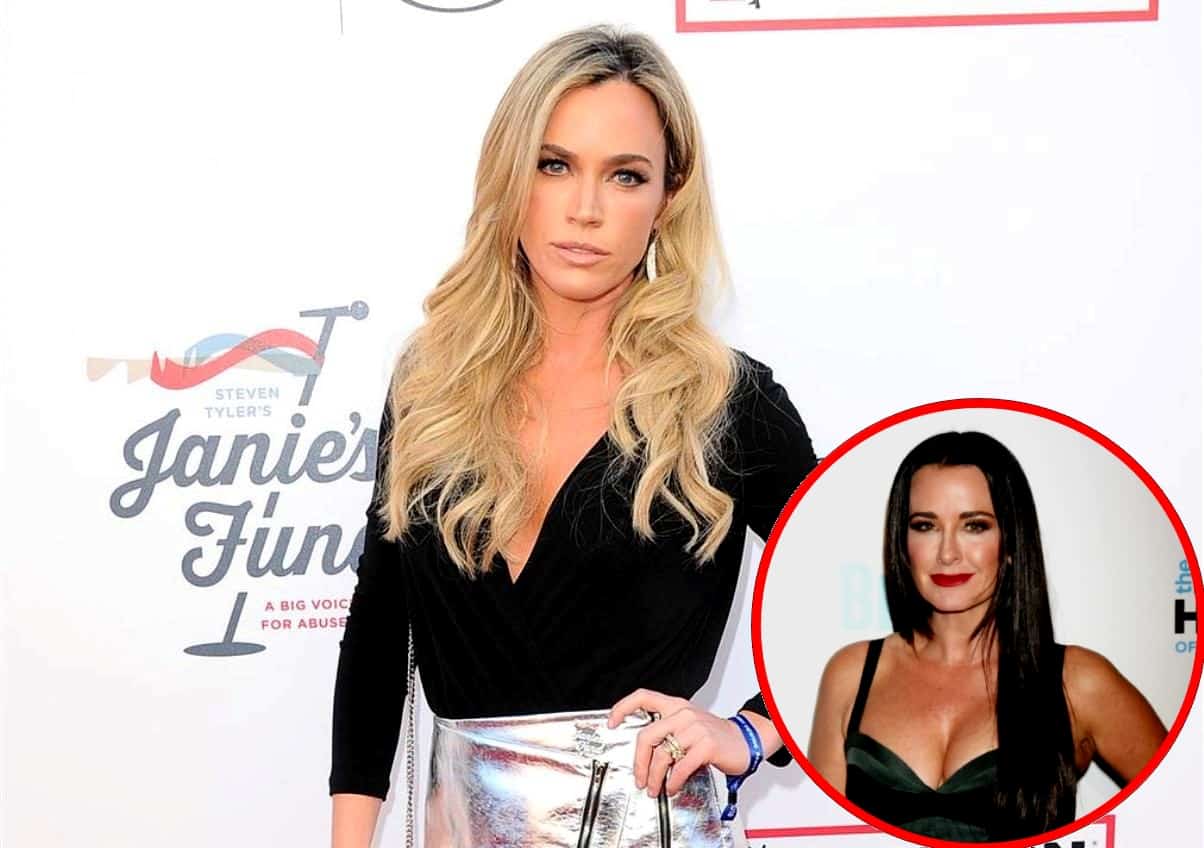 Teddi Mellencamp was forced to defend her friendship with Kyle Richards for the umpteenth time after the airing of the first installment of The Real Housewives of Beverly Hills reunion on September 2.

After their castmates, including Lisa Rinna, Erika Jayne, and Dorit Kemsley, made a number of negative comments about their relationship throughout the series’ 10th season, Teddi clapped back at an Instagram troll before reacting to a fan on Twitter who suggested she was painted as a villain on the show.

“Why is your head up Kyle’s a**? Is there anything original about you?” the Instagram user asked, according to a screenshot shared by Us Weekly on September 4.

In response, Teddi thanked the fan for joining her Stories and joked that they had dealt her with “such an original question.”

“Wow! I’m so far up her a** that I could barely make this Insta-Story but somehow I did it,” Teddi shared. 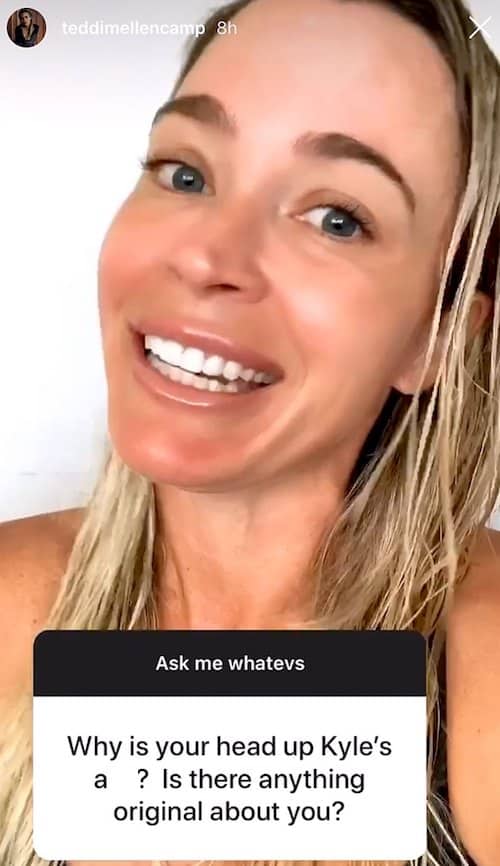 After Teddi and Kyle were seen sharing a bed during an episode of RHOBH earlier this year, Dorit put a spotlight on the decision as if there were something suspicious about it. Then, during a different episode, fans watched as Teddi supported Kyle through a panic attack as their castmates poked fun at their “couples therapy” session.

“If you don’t suffer from anxiety, I don’t expect you to understand,” Kyle wrote on Twitter at the time. “It can be terrifying. I was grateful to have a friend try to help me.”

RELATED:  RHOBH’s Denise Richards Slams Lisa Rinna for Laughing at Erika’s Comment About Her Daughter and Denies Lying About the Conversation, Plus She Suggests Costars Were the Ones Flaming the Drama

During another point in the show, while dressed as twins, Lisa and Erika suggested Teddi and Kyle’s relationship was “weird.”

In other RHOBH news, Teddi recently reacted to a viewer on Twitter, who asked her how she deals with online criticism.

“Okay, [Teddi Mellencamp]… do the people (and I use the word loosely) so determined to villainize you (when you are arguably the most human and relatable of the bunch) ever just get you down?” the fan wondered.

Following the post, which came after a number of people slammed Teddi for confronting Denise Richards with rumors of an affair with Brandi Glanville, Teddi said she does her best to keep her head held high.

“Honestly, I can handle most of what the people throw at me. There are just a select few who take it too far from behind their keyboards,” she replied. 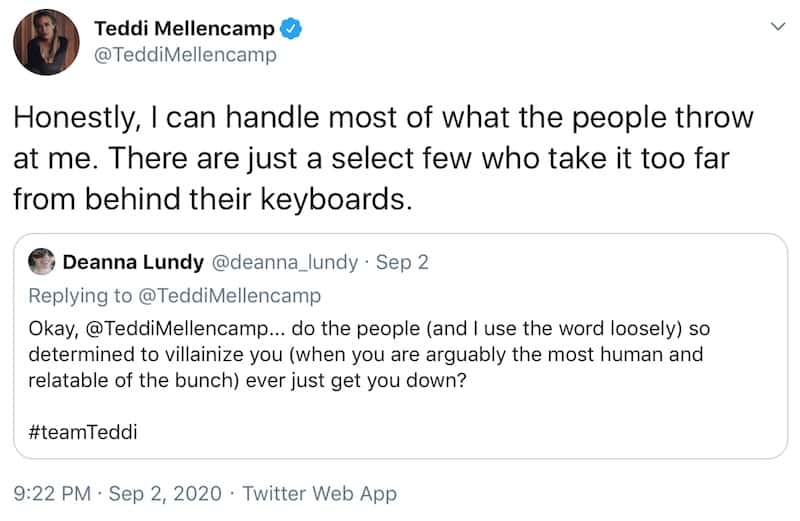