Steven Seagal Has Reportedly Been ‘Weinstein-ing’ Women Since The ’90s 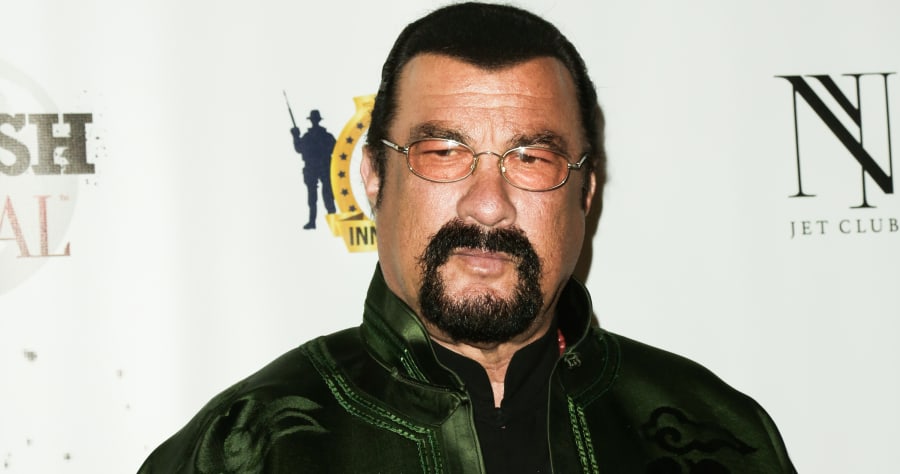 More women have come forward to share their story of being sexually harassed, but this time it’s ’90s action star Steven Seagal who’s being accused of Harvey Weinstein-type behavior.

“Inside Edition” reports that allegations against Seagal are also multiple, and go back more than 20 years. Jenny McCarthy said that during a casting session, Seagal said to her, “So you were [Playboy’s] Playmate of the Year? Take off your dress.”

Guerrero tells Newsweek that when she went to audition for the lead role in Seagal’s “Fire Down Below” in 1996, it was held at his house — and the actor greeted her wearing only a silk robe. “This was potentially a huge break for me,” Guerrero says, “but there was no way I was going there by myself,” so the casting agency sent a female agent along with her. “I left walking away, thinking, ‘Thank God I was with another person,'” she recalled on “Inside Edition.”

Her manager later called and said, “Steven wants to offer you the lead, but you have to go back to his home for a private rehearsal tonight.” Guerrero declined, but still landed a smaller role in the film.

On set, she says, Seagal approached her and asked, “Would you like to go into my dressing room?'” She once again said no.

“When I read about Harvey Weinstein, the reports of him appearing in a robe triggered me,” she says. “That’s exactly what Steven Seagal did. I found out later that he was notorious for this.”

“Inside Edition” asked Seagal to comment on Guerrero’s allegations, but he has not yet replied.

[Via Inside Edition, Newsweek]