‘Star Trek: Discovery’ Used the F-Word, and It Was a Franchise First 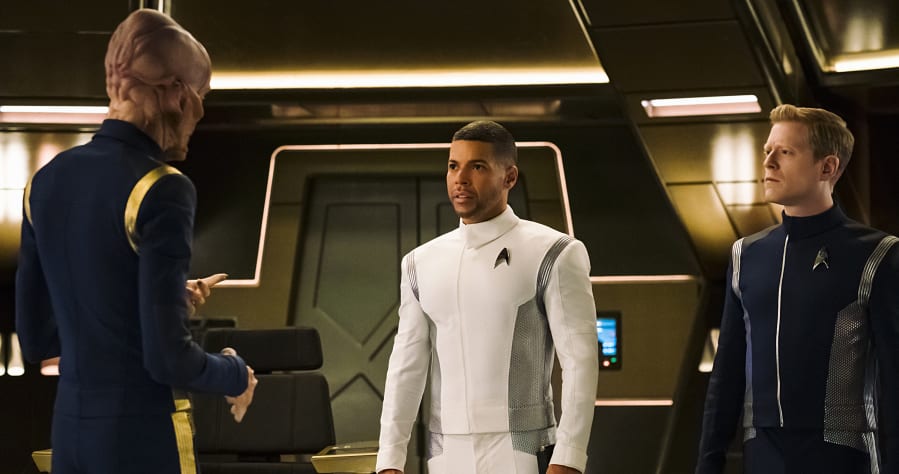 The Star Trek franchise has deployed a new weapon: the F-bomb.

In “Star Trek: Discovery” Season 1, Episode 5, two characters used the F-word, marking yet another new milestone. Mary Wiseman, who plays Cadet Tilly got to go first, and then she was quickly followed by Anthony Rapp as Lt. Stamets. Both knew they were going boldly where no Star Trek actor had before, and Rapp told IndieWire they had “a blast with it.”

“We were aware of it, and we embraced it, and we had a blast with it,” he said.

He liked that instead of using “f–k” in a negative way, the word was used positively. The two characters had just reached a scientific breakthrough, and they sprinkled in the F-word to express the extent of their accomplishment and their excitement.

The milestone didn’t go unnoticed on Twitter. Fans expressed a variety of reaction’s to the iconic sci-fi franchise’s first F-bomb, ranging from dismay…

We’ll see what other firsts the new series has for us as the season progresses. New episodes of “Star Trek: Discovery” launch Sundays on the streaming service CBS All-Access.