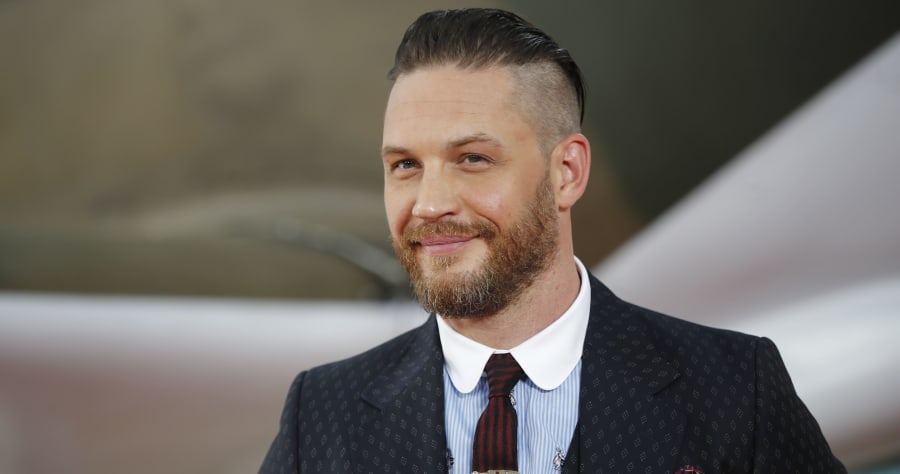 Move over, Underoos, ’cause Sony’s Marvel Universe is taking over.

Tom Hardy and the cast and crew of the “Venom” movie just launched production. The Spider-Man spinoff is not part of the Marvel Cinematic Universe starring that other Tom, Tom Holland. Instead, it’s the first film in Sony’s Universe of Marvel Characters. However, Sony clarified that Marvel will be involved in these movies.

Hardy’s role as Eddie Brock, and the scheduled release date of October 5, 2018, were revealed back in May. (Topher Grace played a version of Eddie Brock/Venom in Sam Raimi’s “Spider-Man 3” in 2007.)

Tom Hardy back over the pond in Atlanta filming @venommovie rocking the CutBack Wave To The Grave RVN Edition. These are almost all gone. Link to store in bio. #wavetothegrave #cutbackcustoms #RVN #tomhardy #venom

According to Variety, in both the comic and this new standalone film, Venom is hatched after reporter Eddie Brock bonds with an alien symbiote, a union that gives him deadly powers.

Director Ruben Fleischer (“Zombieland”) told Variety the movie will cover Venom’s origins and the Jekyll and Hyde relationship Brock has with the alien symbiote:

“They become almost a third being, which is what Venom is. There’s a famous quote: ‘You’re Eddie Brock. I’m the symbiote. Together we are Venom.’ […] I’ve always been drawn to the more antihero superheroes. There’s a dark element to [Venom] and a wit that has always appealed to me.”

In addition to “Venom,” Sony is also in preproduction on “Silver & Black,” which will reportedly pair jewel thief Black Cat with mercenary Silver Sable. In July, Variety reported that “Sony is circumspect about whether or not Spider-Man will make an appearance” in “Venom.” Columbia Pictures president Sanford Panitch said, “If we get lucky enough to make more than one [Venom film] and continue the franchise, there are lots of opportunities.”

“Venom” — which will reportedly co-star Riz Ahmed and Michelle Williams — is currently scheduled for release October 5, 2018.