Sean Burke Reacts to Photo of Wife Braunwyn and Her Girlfriend Kris, RHOC Husband Talks “Hurt” and Being Faced With “So Much” Since She Came Out, and Responds to Criticism Over Her Parenting 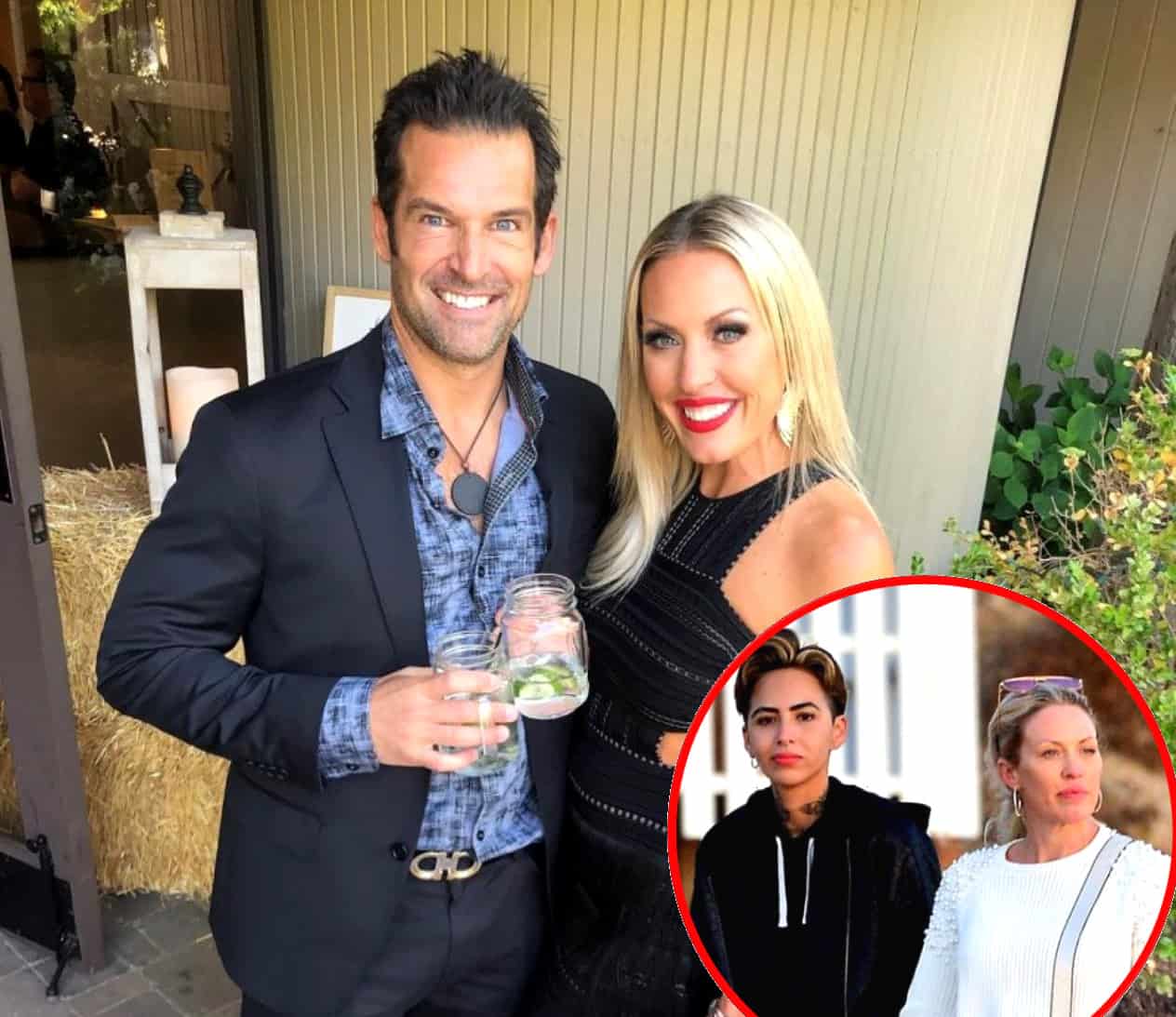 Braunwyn Windham-Burke‘s husband, Sean Burke, has had to deal with a lot in recent months, and he has gotten plenty of sympathy on social media.

Following Braunwyn’s revelations about being a lesbian and an alcoholic, Sean responded to a Twitter fanpage who declared themselves “Team Sean” after seeing a photo of the Real Housewives of Orange County star and her girlfriend, Kris, alongside a comment she made about Sean’s future love endeavors.

“I feel the support! But I’m just going to say you guys are taking this the wrong way,” Sean shared after seeing a comment from Queens of Bravo.

“B and I have been together for 24 years. We are best friends. Of course I can date, and of course it’ll hurt. There is so much, so fast, we are just figuring this out for ourselves,“ he explained after it was noted that Braunwyn would be “heartbroken” if he were to fall in love with someone new.

I feel the support! , but i'm just going to say you guys are taking this the wrong way. B and I have been together for 24 years. We are best friends. Of course I can date, and of course it'll hurt. There is so much, so fast, we are just figuring this out for ourselves.

Sean was then met with a comment from a fan who suggested Braunwyn was focused more on the drama of RHOC than she is on her life at home with Sean and their seven kids.

“Braunwyn if you’re bored in quarantine, spend time [with] the children YOU MADE, instead of the two nannies! Instead you spend $$ to investigate someone,” the fan alleged, giving a nod to Elizabeth Vargas‘ claim regarding Braunwyn hiring an investigator to look into comments she had made.

“Ahh. 98 percent of our time is with them,” Sean replied. “Also, you’re right, hiring an investigator doesn’t make sense and never happened! Maybe a [five] minute Google search, that’s it.” 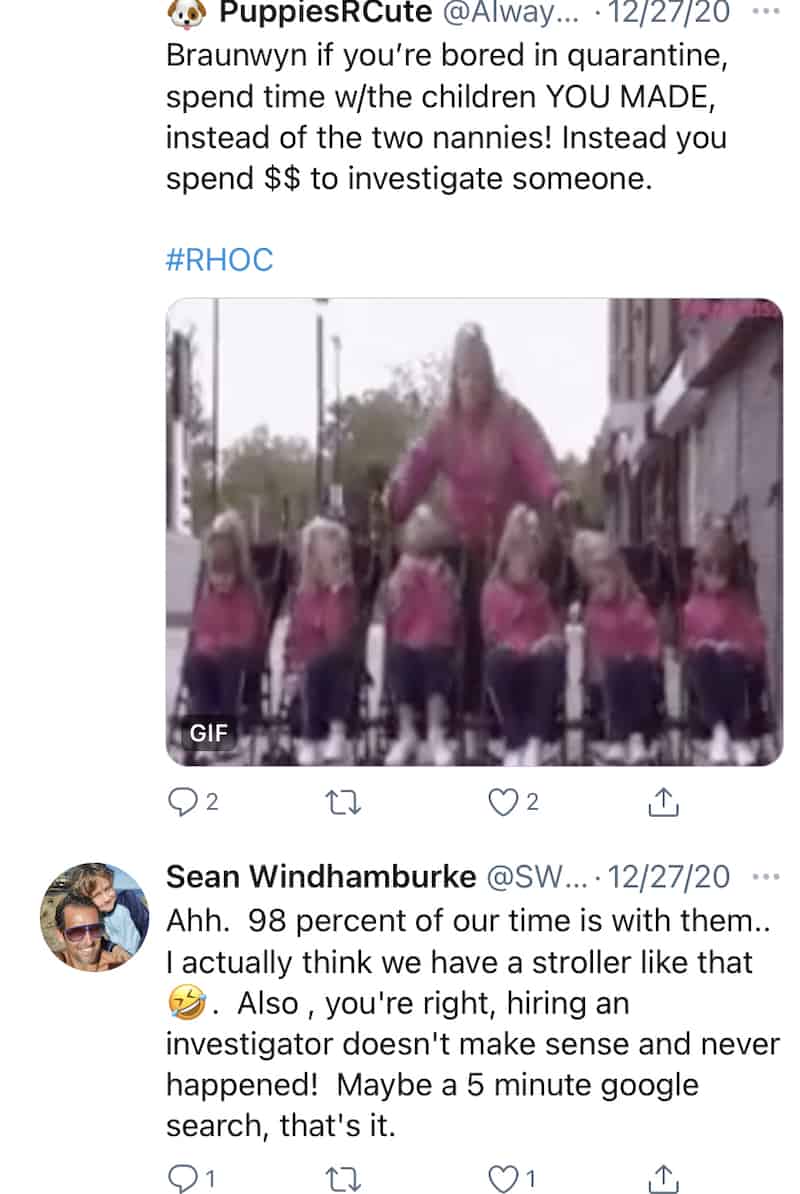 A third fan confronted Sean with a tweet in which they suggested he was allowing Braunwyn to walk all over him because she has something damning against him.

“What’s more embarrassing: the fact that it says ‘coming soon’ along with the copyright at the bottom made by YOUR COMPANY or the fact that you’re answering for her while she’s out on vacation? Seriously dude what does she have on you?” the person wondered.

“Nothing,” he confirmed. “It’s quite simply called supporting each other.” 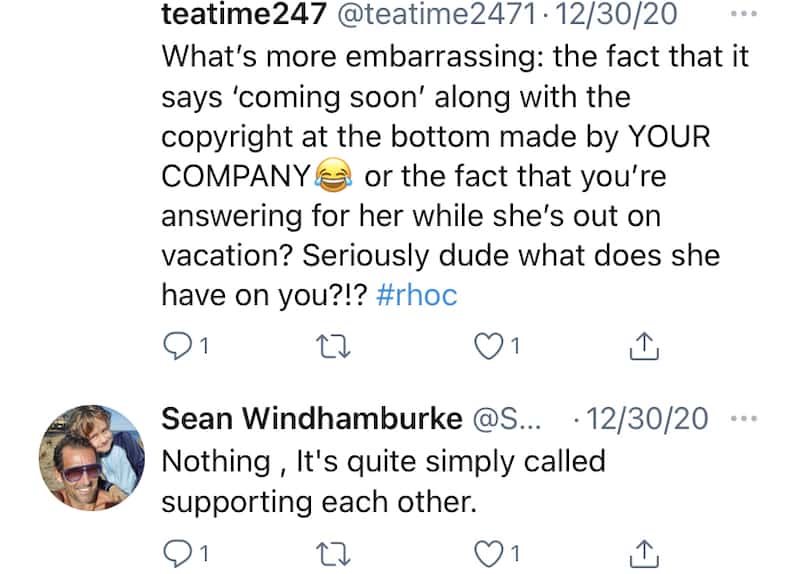 The Real Housewives of Orange County season 15 airs Wednesdays at 9 p.m. on Bravo.