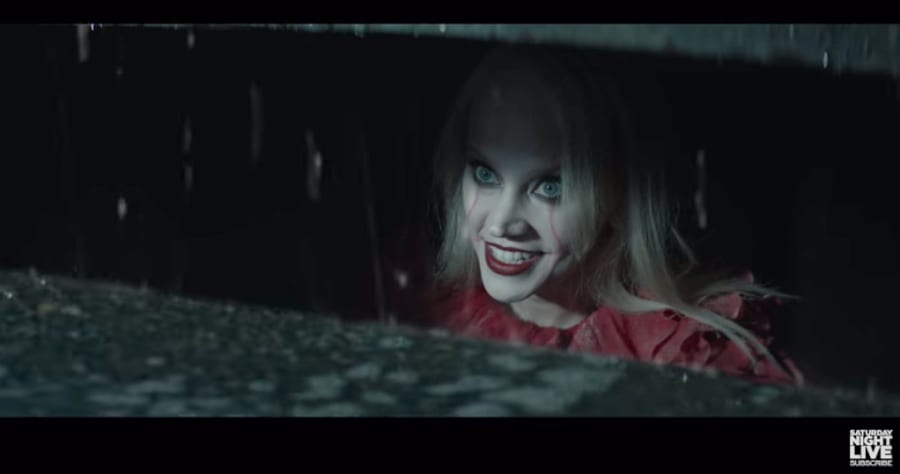 Kumail Nanjiani hosted on October 14, and he did a great job, but it was McKinnon who stole the show (again), especially in this spoof of the horror movie “IT.”

McKinnon broke out her Kellyanne Conway and Hillary Clinton impressions for the “IT” sketch, forcing Anderson Cooper (Alex Moffat) to face his greatest fears when tempted by “Kellywise” in the sewer.

Watch the “Kellywise” sketch:The end of the video is the scariest — that dancing! — but the sewer parts reminded many fans of Harley Quinn. McKinnon should keep that exact look on standby for the next Joker/Harley movies.

Speaking of Kate-as-Kellyanne, though, how does this “IT” bit compare to her “Fatal Attraction” parody? Wonder what’s next…