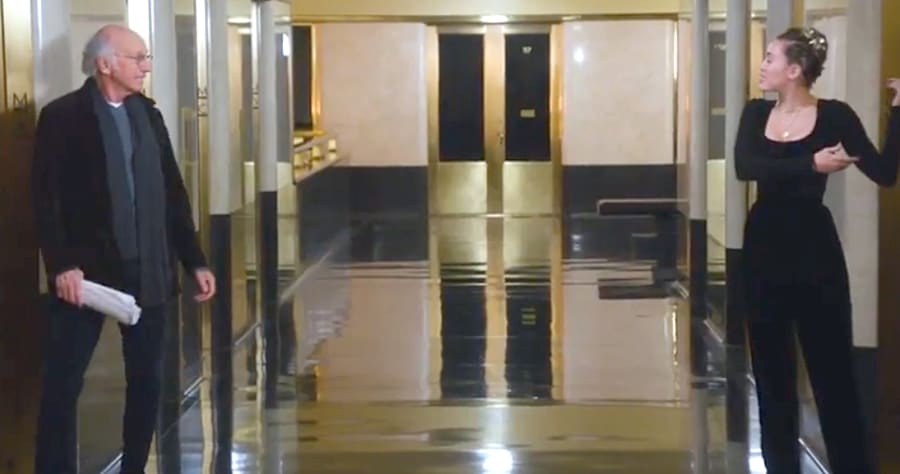 The “Curb Your Enthusiasm” star is hosting “Saturday Night Live” this week, November 4, with Miley Cyrus as musical guest. Since Miley has hosted herself, we can probably expect her to be in at least one sketch, the way she costars in the new SNL promo with Larry.

The clip is vintage Larry David. He runs into Miley on the way to the SNL studio, and refuses to ride in the same elevator with her because he prefers to ride alone.

Larry: “Who gets an elevator all to themselves? It’s a fantastic thing.”

This should be good.

Larry David has made several appearances on SNL in the past couple of years, thanks to his spot-on Bernie Sanders impression, but he’s only hosted once before, in February 2016.