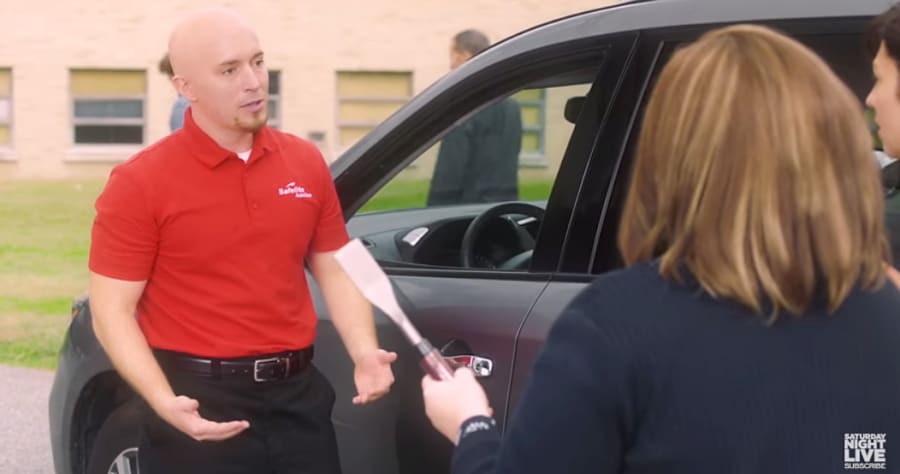 Gal Gadot and Kate McKinnon had a “Wonder”-ful time on “Saturday Night Live,” but the folks at Safelite are less pleased.

Beck Bennett played a Safelite tech, copying the shaved-head look of a tech their cracked-windshield ads. He seemed to be a godsend to the mom and high school daughter played by Aidy Bryant and Melissa Villasenor, fixing their car’s windshield so the teen could compete in her basketball game. But things got creepy fast. The tech kept having to return and fix the windshield, because it turns out he had been damaging it in order to keep coming back to see the 17-year-old daughter. (“So basically a full woman.”)

Watch the sketch video:The company responded on Twitter, not thrilled to see their techs represented by a lecherous stalker, but also not overly confrontational about it:

@nbcsnl thx for thinking of us. We’re proud of our techs and none of them are actors. Their focus is on quality, safety and service.

@nbcsnl thanks for the skit. Although we can take a joke, this one was a step too far. Our techs are our heroes. #notcool

That’s a fair assessment, from their singled-out-unfairly perspective, but “#NotCool” is such a funny bro response, you have to kind of laugh along.