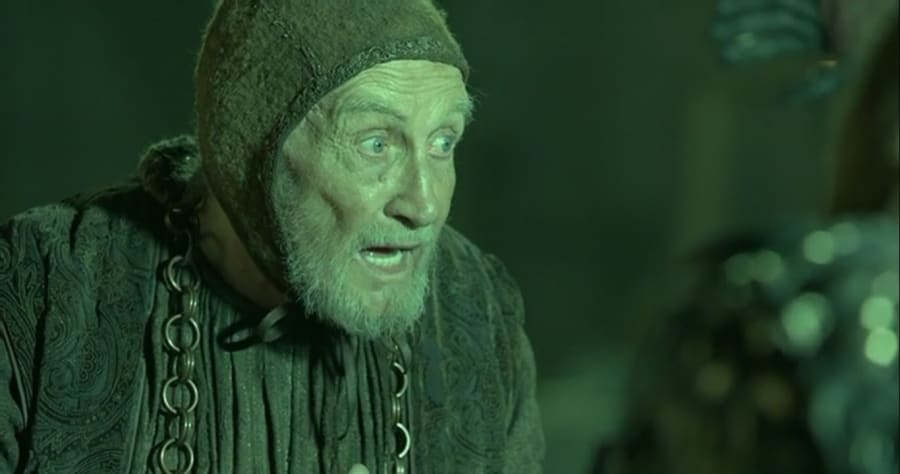 Roy Dotrice, a veteran character actor known in his later years for a guest turn on “Game of Thrones” and his narration of the “A Song of Ice and Fire” audio books, has died. He was 94.

The British actor enjoyed a decades-long acting career on the stage, screen, and television, though he became well-known to fans of “Thrones” through his voiceover work on the audio book versions of the series’s source material novels, beginning with 1996’s “A Game of Thrones.” Dotrice’s narration of the George R.R. Martin novels earned him a 2004 spot in the Guinness Book of World Records for the most characters voiced by a single person in an audio book, accounting for a whopping 224 residents of Westeros.

His connection to the “Thrones” books led to a guest role on the hit HBO series, in which he starred as Wisdom Hallyne, the pyromancer, in season two. According to the BBC, Dotrice’s service in WWII inspired him to pursue an acting career, when he was taken as a POW, and performed concerts for his fellow inmates.

In film, Dotrice is most known for his turn as Mozart’s father in 1984’s Oscar-winning biopic “Amadeus,” as well as roles in “The Cutting Edge,” “Tales from the Crypt,” and “Hellboy II: The Golden Army.” On television, he appeared in series including the 1980s version of “Beauty and the Beast” and “Madigan Men.” He won a Tony award in 2000, a BAFTA award in 1969, and was awarded an OBE by Queen Elizabeth II in 2008.

A statement from the actor’s family said Dotrice “died peacefully on Monday October 16 in his London home surrounded by family, including his three daughters, grandchildren and great-grandson.” The actor was predeceased by his wife of 60 years, Kay, in 2007.