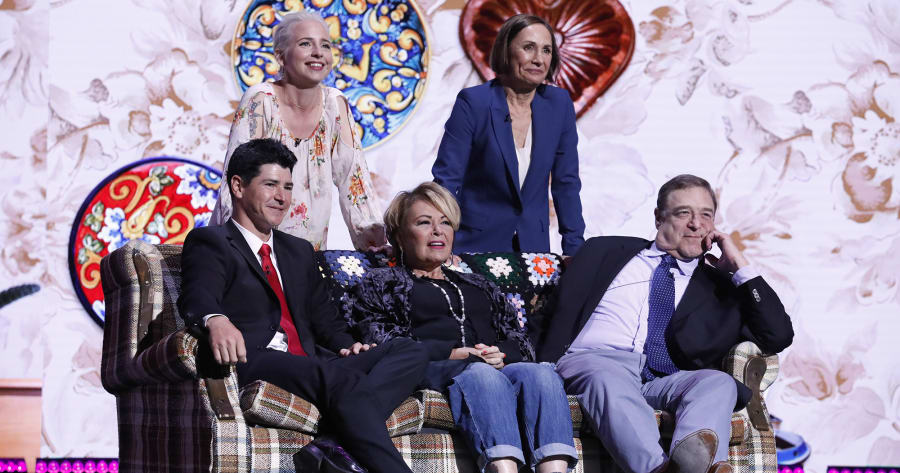 The Conner family is together again — and it looks like they’re having a blast.

ABC teased its upcoming “Roseanne” revival on Tuesday, tweeting out two photos of the cast at the first table read. Although they’re hard at work in the photos, everyone present appears to be enjoying the process. The participants are laughing and smiling in both images, which hopefully bodes well for the outcome for us fans.

#Roseanne is coming back to ABC in 2018! Here’s a look at the first table read! pic.twitter.com/Nzh8Pn7vK4

Fans have been responding well to the photo so far in reply tweets and are eagerly awaiting the revival and the answers it will bring. We need to find out how exactly Dan is alive, what happened to David (Johnny Galecki), and more.

[via: Roseanne on ABC/Twitter; h/t: Deadline]