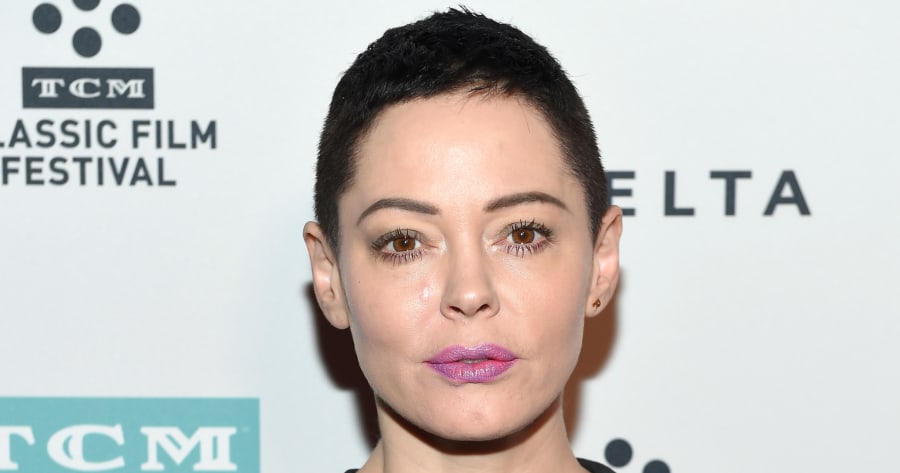 Twitter has “temporarily limited” the account of actress Rose McGowan for alleged rule violations, and her supporters are livid. The “Charmed” star had been active on Twitter denouncing Harvey Weinstein and everyone who knew about his behavior, including — from her recollections — Ben Affleck.

McGowan’s account was suspended, preventing her from tweeting, retweeting, or liking posts. She revealed a snapshot of the message she got from Twitter, along with an Instagram caption alleging “THERE ARE POWERFUL FORCES AT WORK”:

TWITTER HAS SUSPENDED ME. THERE ARE POWERFUL FORCES AT WORK. BE MY VOICE. #ROSEARMY

Her most recent tweets are all about sexual assault allegations related to Weinstein or others in Hollywood. The latest one, from Wednesday, is a retweet of “Men are being applauded for denouncing sexual assault now while women are being demonized for not reporting it sooner.” Previous tweets ask people to “go easy on Lindsay Lohan” for defending Harvey Weinstein, because of Lindsay’s child star past; and McGowan calling Harvey’s brother Bob Weinstein a “POS” saying, “They allllll knew.”

McGowan also got a lot of attention for a tweet she sent to Ben Affleck, alleging he lied about not knowing about Harvey Weinstein’s behavior:

After McGowan and others called out Affleck for his own behavior — including groping Hilary Burton on “TLR,” which was caught on tape — Affleck apologized for “acting inappropriately toward Ms. Burton.”

McGowan had her own hotel room incident with Harvey Weinstein at the Sundance Film Festival, and reached a $100,000 settlement with him in 1997.

In 2015, McGowan shared an anecdote about a casting note for an Adam Sandler movie, requiring actresses to wear form fitting clothes that showed off cleavage, and form fitting leggings. She said she was later fired by her agent “because I spoke up about the bullsh*t in Hollywood.”

McGowan is getting strong support on social media, with fans questioning Twitter’s methodology in allowing some content while suspending others:

THIS is why women don’t come forward

Rose McGowan gets a ban for calling out Ben Affleck but Trump can threaten to ‘destroy’ thousands of people. Sort it out Twitter 👊🏻#ROSEARMY