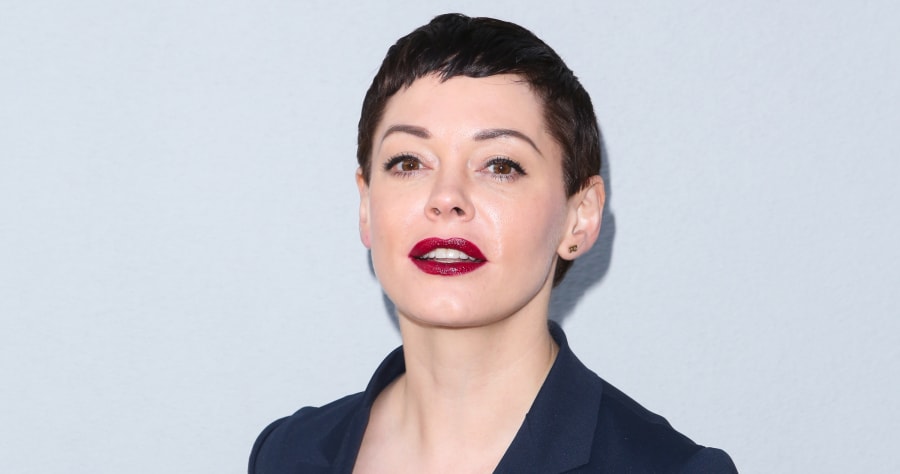 The gloves are off. Rose McGowan returned to Twitter after a one-day suspension and she’s not holding back.

In tweets directed at Amazon CEO Jeff Bezos, she said she told one of his execs that Harvey Weinstein had raped her: “I told the head of your studio that HW raped me. Over & over I said it. He said it hadn’t been proven. I said I was the proof.”

1) @jeffbezos I told the head of your studio that HW raped me. Over & over I said it. He said it hadn’t been proven. I said I was the proof.

She has previously said that she was raped by a high-powered movie producer, but never named her assailant before. According to The New York Times, McGowan accepted a $100,000 settlement from Weinstein after an incident in 1997, a settlement that did not include an admission of guilt from the movie mogul.

McGowan went on to say that she had “begged” Amazon Studios to take action about Weinstein. She accused the company of winning a “dirty Oscar.” That my be referring not to Weinstein, but to “Manchester by the Sea,” an Amazon production that won Best Original Screenplay and Best Actor for Casey Affleck, who settled with two women who accused him of sexual harassment.

According to The Daily Mail, McGowan was developing a TV series with Amazon studio head Roy Price, who pulled the plug on it. Price was just suspended after being accused of sexual harassment himself.

McGowan had previously talked to Ronan Farrow about his own investigation into Weinstein, then asked him to remove her name from the story that eventually ran in The New Yorker. Without naming her, he said she wrote, “I’m so sorry. The legal angle is coming at me and I have no recourse.”

It’s not clear whether McGowan will face any consequences for breaking the terms of her settlement, which, we assume, included a non-disclosure agreement.

Since that Times exposé, dozens of women have come forward with stories about how Weinstein sexually harassed them. Four women have accused him of rape. A spokeswoman for Weinstein told CNN on Thursday, “Any allegations of non-consensual sex are unequivocally denied by Mr. Weinstein.”

Amazon and The Weinstein Co. are producing partners on two upcoming TV series. Earlier this week, Amazon said “we are reviewing our options for the projects we have with The Weinstein Company.”

[via The Daily Mail, CNN]