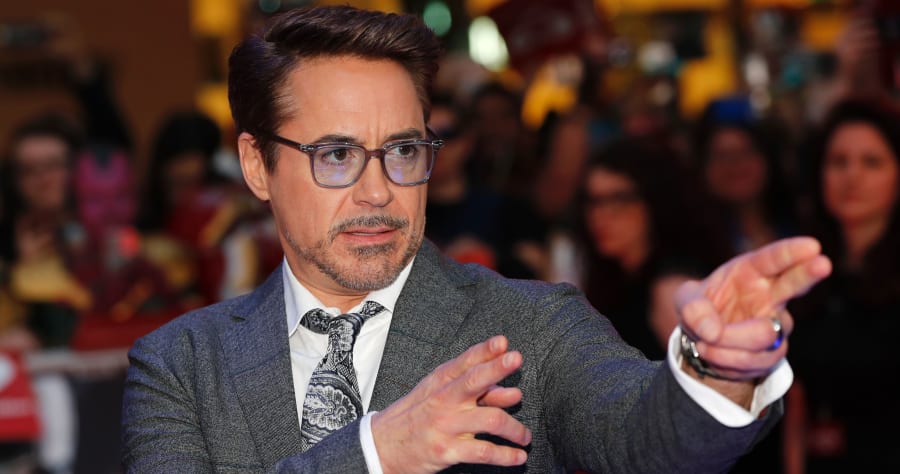 The photo also hints to RDJ being a total diva on set, but that’s why we love him.

In case you weren’t sure if Robert Downey Jr.‘s Tony Stark/Iron Man would return for “Avengers 4,” he’s clearly returning in style. RDJ recently shared a behind-the-scenes photo from the currently filming Marvel movie.

The photo not only shows his own special A-for-Avengers chair (with a cup-holder and lumbar support) it also reveals more traditional chairs in the background for three other stars: Paul Rudd‘s Scott Lang/Ant-Man, Scarlett Johansson‘s Natasha Romanoff/Black Widow, and Chris Evans‘ Steve Rogers/Captain America.

Gotta love it. Here’s hoping this shot is teasing an actual scene between the four characters, and not just the stars’ eventual presence on set.

“Avengers 4” is not going to be the final title, but the official title is too spoilery to reveal at this point. We have to wait for “Avengers 3,” aka “Avengers: Infinity War,” to premiere first.

“Infinity War” — starring just about every Marvel character under the sun — opens May 4, 2018. It’s good to see at least these four characters make it through “Infinity War” (unless it’s a false lead) and live to see “Avengers 4.” That film opens May 3, 2019, two months after Brie Larson’s “Captain Marvel.”