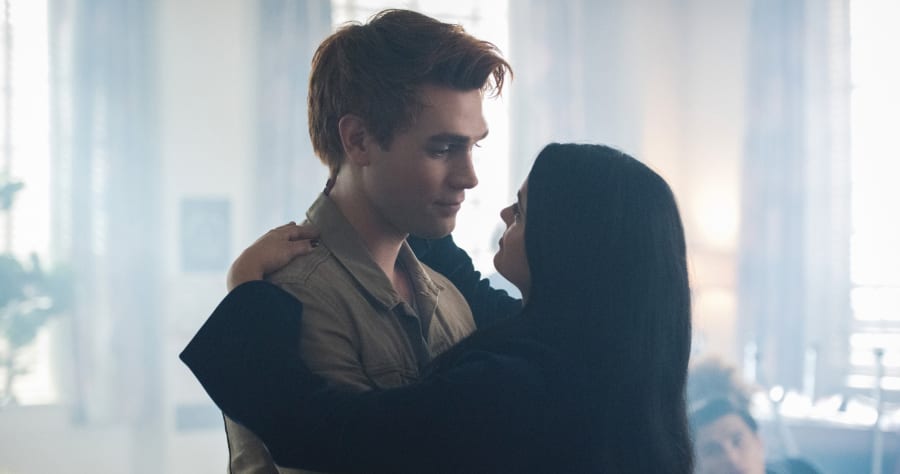 The “Riverdale” Season 2 premiere had some life-or-death stakes to it, but fans REALLY want to talk about that shower scene.

Archie’s (KJ Apa) father was dying, and he was covered in his blood, so he went home and finally took a shower — with his cast still on. Veronica (Camila Mendes) decided that was a good time to get naked (except for her pearls, natch) and hop in the shower with him for some sexy time.

It was a steamy scene, for sure, but the timing of it — and the practicalities of that cast and her pearls, and the fact that they’re supposed to be sophomores in high school — left fans more baffled than turned-on.

So Archie & Veronica just had a shower in Fred’s blood… #Riverdale pic.twitter.com/5pDIMsTGbo

#Riverdale Teenagers!! His dad is dying but you still gat the time to have a particularly steamy shower!

ARCHIE YOU DAD IS DYING STOP WITH THE DIRTY SHOWER SCENE. #Riverdale

You can’t take a shower with a cast on?#Riverdale

ARCHIE! You can’t shower with a cast! #Riverdale

veronica lodge logic: my boyfriend’s dad is dying omg i need to cheer him up hmmm time for shower sex!!!!!!!#Riverdale

My dad is fighting for his life but yeah we should totally have shower sex. Archie. Come on! #Riverdale

“VERONICA girl…you need to take them pearls off that’ll ruin your necklace.” – @SutherlinB as she watched THAT shower scene IM- #Riverdale

archie is literally dissociating in the shower and veronica decides the best thing to do is hop in there w a full face of makeup? #Riverdale

Archie and Betty have more chemistry just looking at each other than him and Veronica have during shower sex. Facts only! #Riverdale

boyfriends dad is having surgery after being shot and may die … now seems like a good time for some shower sex! #Riverdale #RonnieLogic

For the record, Camila Mendes and KJ Apa told Entertainment Tonight the shower scene was a lot of fun to shoot. Vulture listed a bunch of questions about the scene, ending with this one:

“Can we have at least one scene as absurd as this one in every episode?”