RHOP’s Karen Huger Accuses Gizelle of Being Behind Monique Affair Rumors and Attempting to “Tear Down Families,” Plus She Addresses Her Marriage Drama and Shares How Ashley Surprised Her 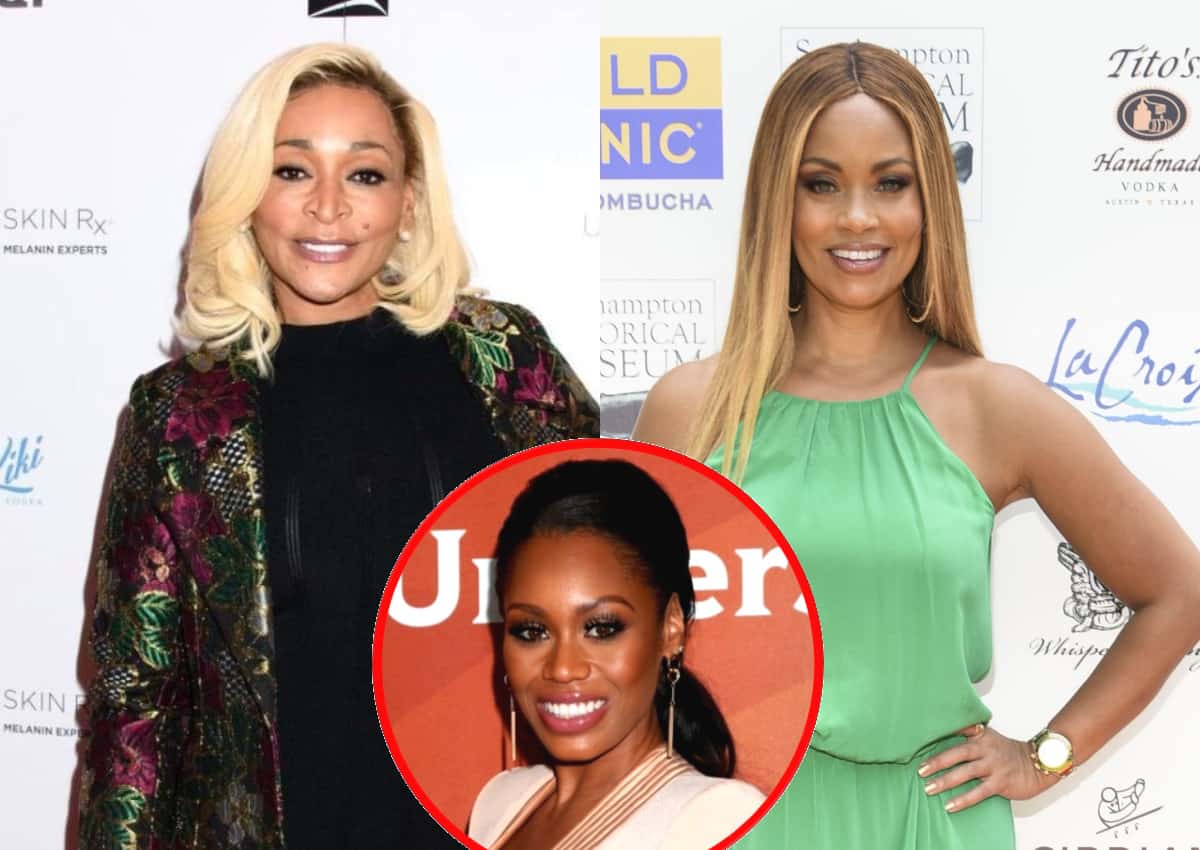 Karen Huger was not impressed by Gizelle Bryant‘s behavior during the fifth season of The Real Housewives of Potomac. In fact, she found it to be downright “disgusting” and “despicable.”

During a recent interview with People Now’s Sam Bellikoff, Karen shared her honest opinion of Gizelle before revealing how Ashley Darby surprised her for the best amid her marriage drama with husband Michael Darby and discussing her own marriage struggles with husband Ray Huger.

“I know [Gizelle] is [behind the rumors],” Karen confirmed. “Gizelle was trying to push this story while this child was in his mother’s womb… She has to stop tearing down families.”

According to Karen, she doesn’t approve of what Gizelle brought to the fifth season of RHOP concerning Monique Samuels and her family. As fans have seen, Monique was accused of cheating on her husband, Chris Samuels, with her trainer, and not just that. It was also alleged that Chris wasn’t actually the father of Monique’s youngest child, son Chase.

“It’s just too much. It’s disgusting. It’s despicable and I want nothing to do with it,” Karen said in response to the rumors. “I don’t know that I want someone like Gizelle in my life unless she does some personal work on herself and understands that you just don’t do that. It’s just wrong. This is an unborn child we’re talking about this season that she’s attacking.”

After noting that Gizelle had her guard up throughout filming, which made production “very stressful,” Karen teased that Gizelle would soon face drama of her own.

“Gizelle’s life is about to open up in front of the world. She’s been masterful in not sharing anything really personal about herself for the last five years [and] now the camera is on her. I think she’s very uncomfortable and frightened,” Karen explained. “That veil is being pulled back and people are going to see her for who she really is.”

While Karen said she was the most disappointed by Gizelle during season five, she noted that she was pleasantly surprised by Ashley.

“The growth I see in Ashley, it really surprised me and I’m very happy for her. Motherhood looks good on Ashley,” Karen said of her castmate, who welcomed son Dean in July 2019.

As for the cheating rumors Michael faced on the show, Karen said Michael’s extracurricular activities were not on her radar.

“I love family so it was easy for me to switch my attention to baby Dean,” she shared. “I chose to let Ashley be the capable woman I know she is and the friend I’m growing to like a lot and let her handle her marriage.”

RELATED:  Andy Cohen Reveals Which Real Housewives He Would Quarantine With, Dishes on “Really Odd” In-Person Reunion for RHONY, and Explains How RHOD and RHONJ Will Be Different From Past Seasons

In addition to the marriage hardships of her castmates, Karen also went through some trials with husband Ray during filming but chose to be completely candid with the audience.

“The truth is, when the cameras started rolling, Ray and I were struggling and we had to share that,” she said. “What made me comfortable was knowing the power I had to help a younger couple if they’re facing this, or perhaps a mature couple facing these blocks in the roads. I was not about to fake my way through it. I was about being completely honest and transparent.”

Also during the interview, Karen weighed in on Monique’s encounter with Candiace Dillard.

“Two wrongs don’t make a right and in this instance, they were both wrong,” she stated.

The Real Housewives of Potomac season five airs Sundays at 9 p.m. on Bravo.