RHOA Star Porsha Williams Slams Kenya Moore as “Vile and Jealous,” Agrees She Is Embarrassing Herself on Show and Suggests She “Get a Life” 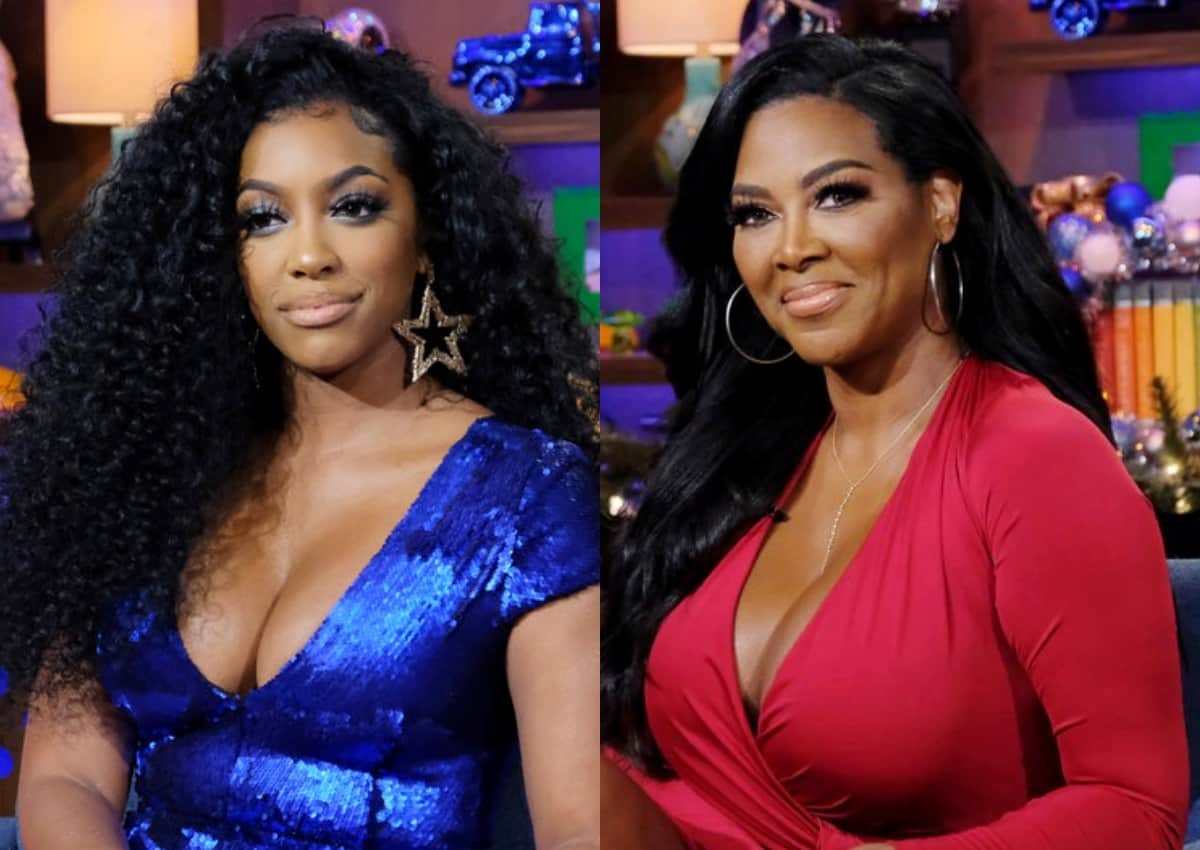 Porsha Williams took aim at Kenya Moore following the latest episode of The Real Housewives of Atlanta on Sunday night.

As Kenya continues to suggest that Porsha’s activism is all for show, Porsha shared a tweet from a fan, who called Kenya out for being “vile” and jealous before suggesting her recent behavior on the Bravo series is “embarrassing.”

“The level of hate, vile, and just plain jealousy that [Kenya Snore] displays towards [Porsha Williams] is just embarrassing to watch. Perhaps if she had any real level of decency she might have better luck in life,” the person, named Renee Walker, had written.

Also included in the tweet were hashtags, including “Get a Life” and “Misery Loves Company.” 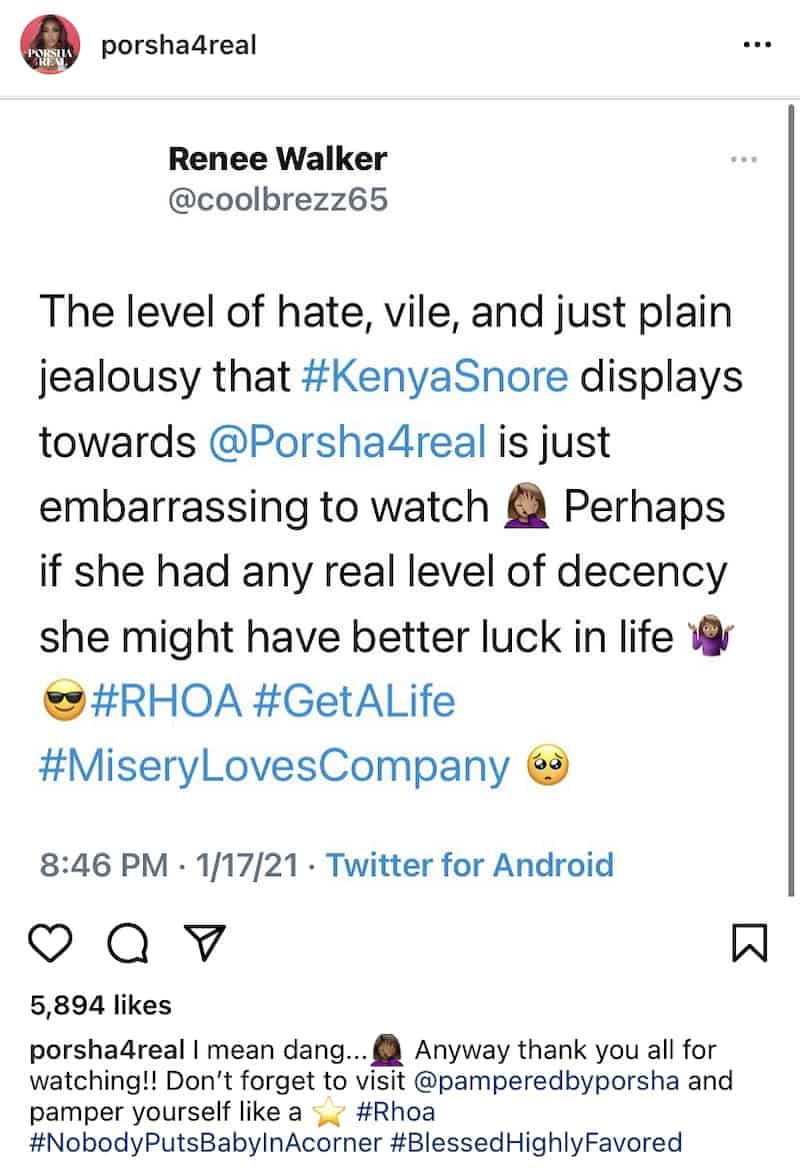 In her caption, Porsha wrote, “I mean dang…” before thanking her online audience for continuing to tune into RHOA.

Then, in the comments section, Porsha responded to a fan who told her she shouldn’t be giving Kenya any of her time.

“Lol why are you giving her any attention???” the fan asked.

As RHOA fans have seen in recent weeks, Porsha has been extremely active in her efforts for the Black Lives Matter movement, and while a number of her castmates have rallied around her with support, Kenya has questioned whether she’s gotten involved solely to repair her reputation.

During one recent social media feud over the matter, Porsha clapped back at Kenya for suggesting her efforts for equality aren’t genuine.

“I take it very serious so all I will say is Kenya I will pray for you over the holidays and maybe even I can be a beacon of light in your dark heart,” she continued. “I truly hope that in next week episode you are not questioning or belittling the efforts of the very brave women and men all over the world who stood up and said No justice No peace and have to fight because innocent black men and women are being killed! I know we can do better than this. Let’s stay focused!!!”

The Real Housewives of Atlanta season 13 airs Sunday nights at 8/7c on Bravo.