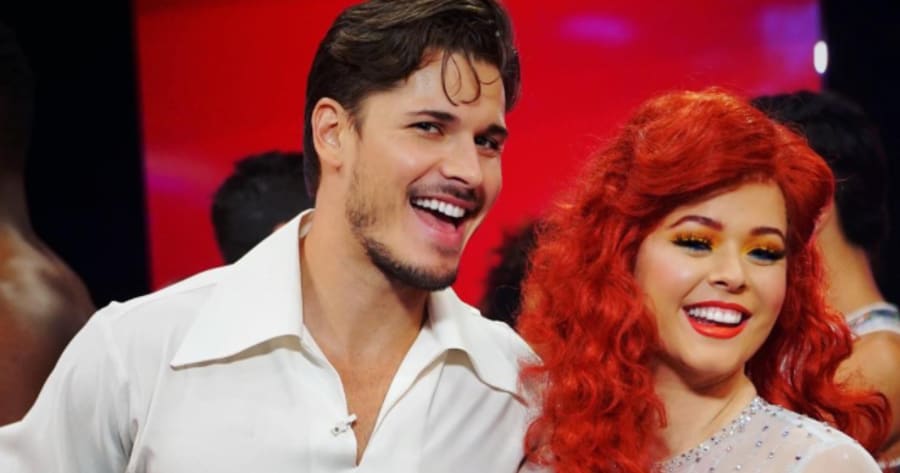 “Pretty Little Liars” fans are used to solving mysteries, and they’ve deduced that “Dancing With the Stars” killed off The A-Team unfairly.

PLL star Sasha Pieterse and her pro partner Gleb Savchenko were eliminated fourth on DWTS Season 25, at the end of Disney Night. Many fans were surprised to see them leave, assuming they would be safe with less skilled/popular dancers like Nick Lachey and Terrell Owens still in the competition.

Nick Lachey and Peta Murgatroyd were at the bottom of last week’s leaderboard with a score of 22 out of 30, which left some fans to think they’d be going home. But often one of the benefits of being at the bottom is that it’s obvious you need votes to stay. What’s more dangerous is to be just above the bottom, which is where Sasha and Gleb were, as one of the SIX couples that had the same score of 24. (Blame the judges for not differentiating the couples more, leaving it entirely up to the voters, who probably assumed Sasha would be safe.)

Some PLL fans decided a conspiracy was at work to keep Nick and Peta on the show with their spouses, Vanessa Lachey and Maksim Chmerkovskiy:

Noah offense but sasha gets eliminated before terrell??? before NICK WHO LITERALLY IS STIFF EVERY WEEK???? SHE GOES BEFORE HIM??? #DWTS pic.twitter.com/meggWYzQ0Z

As if Sasha had the least amount of votes. Don’t lie to a fan base who spent 7 years detecting and looking for lies #DWTS

Sasha has one of the biggest support on this season and she’s can’t hold up? They are saving Nick for the spouse vs spouse storyline #DWTS pic.twitter.com/hoPd6YcTr2

Genuinely shocked Sasha and Gleb got eliminated. I thought the PLL fanbase would get her further. #DWTS

Mate you don’t know how Strategic our Fandom is!! We put our heart & Soul into VOTING every week!! Cleary that show is RIGGED AF!!!

We broke online records for Sasha on #PLL if you think we didn’t do the same for #DWTS you’re blind, it’s rigged and I’m mad

So the #PLL army crashed the website & then Sasha got eliminated this week. Yeah that makes so much sense…RIGGED #DWTS

Conspiracy or not, Sasha accepted her exit with grace, sharing this note with fans:

This has been a very emotional 24 hours. I just wanted to thank everyone who voted and supported us. We are so grateful for you! Thank you for keeping us around for 5 amazing weeks! I loved performing for you guys and I had an absolute blast! Gleb, you have made me a stronger person and you’ve helped me restore confidence in myself. For that I’m forever grateful 🙂 But not only that, I am so thankful to have had you as a teacher and partner, I wouldn’t have traded you for anyone else. I have thoroughly enjoyed getting to know you, you have a lifelong friend in me. Thank you @dancingabc for the platform to tell my story and for all of the wonderful memories. Cheers to all of the contestants who are my dear friends! I’m proudly supporting all of you ❤️ See you all soon! #dwts #teamateam

Sasha told ET she wasn’t mad, “just really bummed to be leaving. It sucks, but I made some amazing friends, I had such a good time, and I feel like I’m just grateful.” Pro dancer Gleb Savchenko told ET he was surprised by their elimination. “I never thought it would happen. I thought we have another couple of weeks at least. But it’s a dance competition, someone’s gotta go and unfortunately it’s us.”