PHOTO: RHOBH’s Kyle Richards and Lisa Rinna Seemingly Shade Lisa Vanderpump as “Bitter” and “Disgruntled” In Response To Her Negative Comment About The Cast, See Their Posts 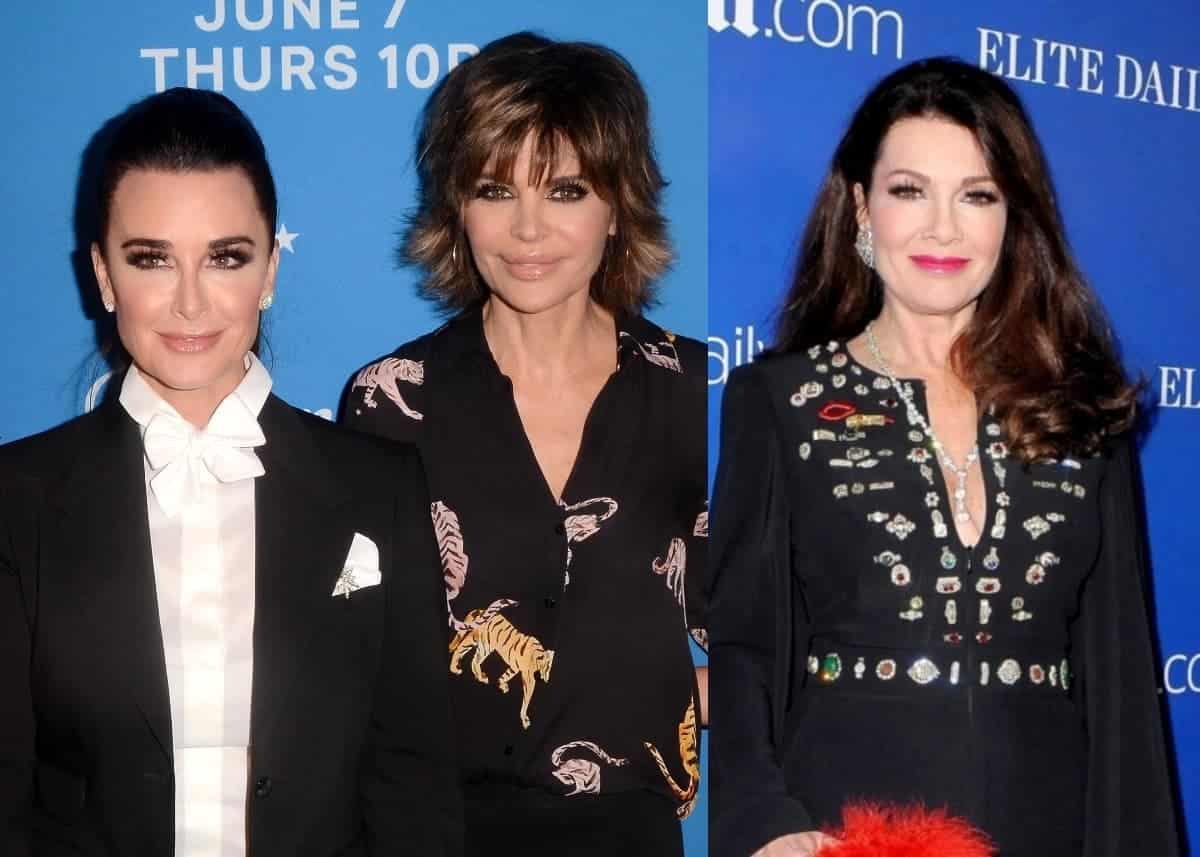 Kyle Richards and Lisa Rinna shared matching memes on their Instagram Stories on Tuesday, January 19, and they could have been aimed at their former Real Housewives of Beverly Hills castmate, Lisa Vanderpump.

After Vanderpump appeared on Dear Media’s The Skinny Confidential Him & Her Podcast, where she took aim at both Kyle and Rinna before slamming RHOBH as a whole, Kyle posted what appeared to be a shady response to Vanderpump’s negative comments about the cast.

“Me reading comments made by ex, bitter, disgruntled Housewives,” read the meme shared to her Stories.

In a photo, actor Leonardo DiCaprio was seen expressing disgust while holding a drink in his hand. 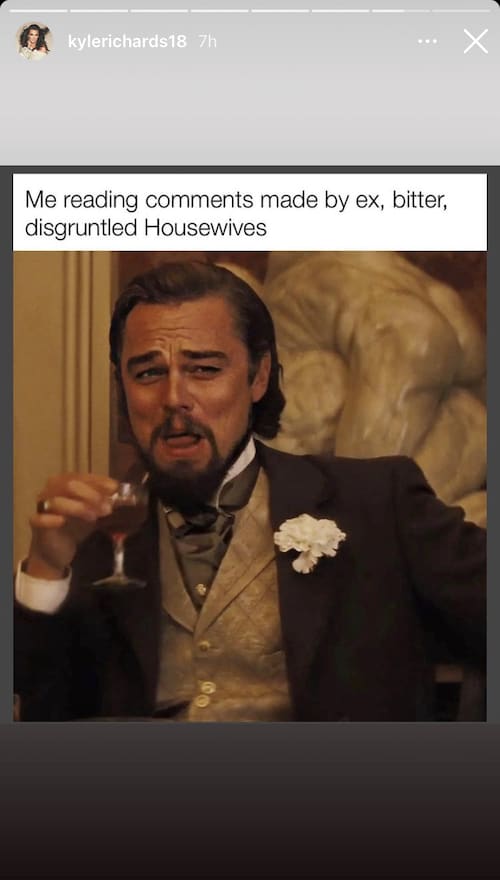 Earlier this month, Vanderpump appeared on The Skinny Confidential Him & Her Podcast, where she claimed Kyle had ill intentions toward her and suggested Rinna was “inauthentic” on the show.

Vanderpump also revealed that her former castmates were likely jealous of the many opportunities she was given as a result of her role on RHOBH, especially because a number of them had unsuccessfully attempted to launch spinoffs.

“I had a lot of opportunities that others didn’t have. And maybe that did result in some feelings,” Vanderpump explained. “I mean, I was suddenly on Dancing With the Stars, I got my star on the Walk of Fame or Vanderpump Rules was going on. And then I was doing a lot of things politically as well. I was trying to fight for the humane treatment of dogs. I was speaking to Congress… Maybe it did result in feelings.” 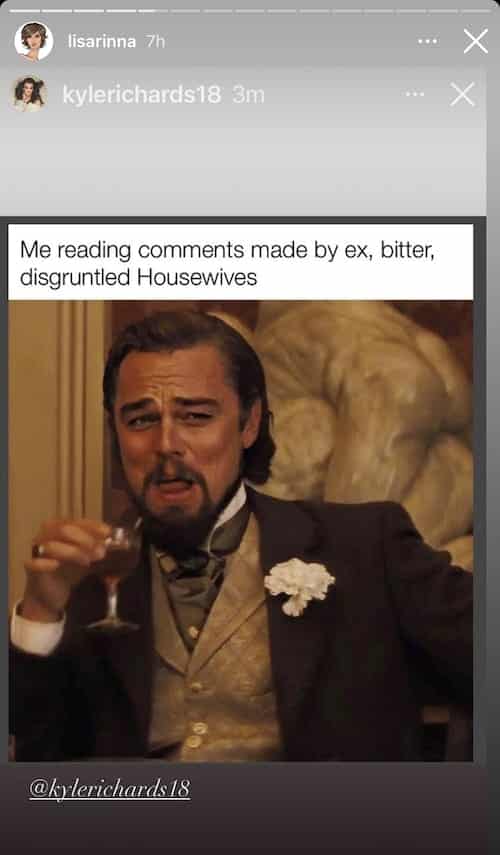 Also on the podcast, Vanderpump said she’s no longer a fan of RHOBH before claiming the series “lost a bit of its gravitas” after she quit.

“A lot of people thought I was the anchor on the show and the narrative in terms of, maybe being somebody that kind of ignited conversation… I’m also somebody that saw things in a very down to earth fashion, just actually brought some kind of, a level really to [it],” she shared.

The Real Housewives of Beverly Hills is expected to return to Bravo this spring for season 11.