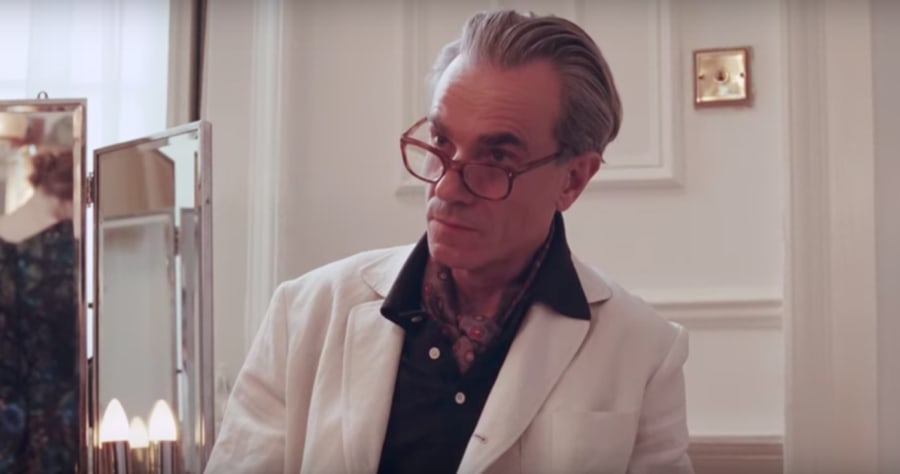 The clothes make the man — and the woman — in the first trailer for “Phantom Thread,” the last movie Daniel Day-Lewis will star in before his retirement.

The Oscar-winning actor re-teams with “There Will Be Blood” director Paul Thomas Anderson for another gorgeously lush period piece. This time, he plays a dressmaker who finds a muse in a young woman (Vicky Krieps), but is haunted by the idea that love is doomed for him.

The trailer follows the release of the official synopsis of the movie, which finally gave more insight into the secretive project. Here it is:

Set in the glamour of 1950s post-war London, renowned dressmaker Reynolds Woodcock (Daniel Day-Lewis) and his sister Cyril (Lesley Manville) are at the center of British fashion, dressing royalty, movie stars, heiresses, socialites, debutants and dames with the distinct style of The House of Woodcock. Women come and go through Woodcock’s life, providing the confirmed bachelor with inspiration and companionship, until he comes across a young, strong-willed woman, Alma (Vicky Krieps), who soon becomes a fixture in his life as his muse and lover. Once controlled and planned, he finds his carefully tailored life disrupted by love. With his latest film, Paul Thomas Anderson paints an illuminating portrait both of an artist on a creative journey, and the women who keep his world running

The collaboration between Day-Lewis and Anderson should prove fruitful. The film is already garnering Oscar buzz, and Day-Lewis won his second of three Oscars for “There Will Be Blood.”