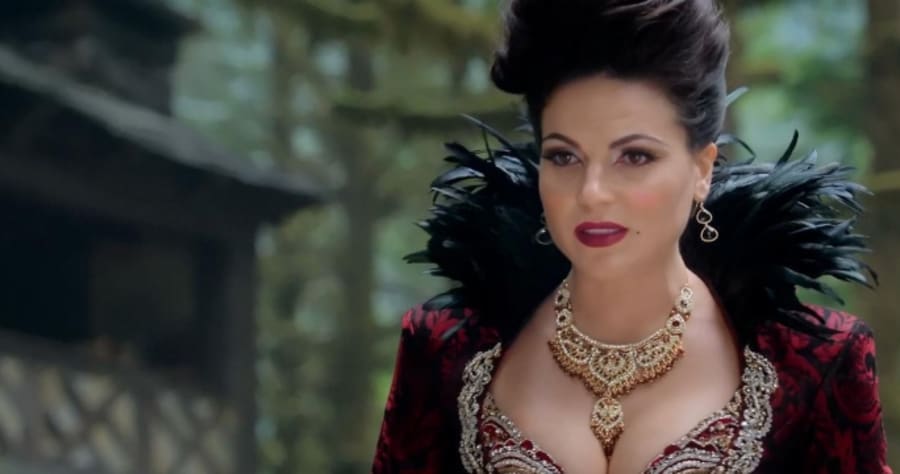 For the new season of everyone’s fairy tale-meets-real world series, maybe the more accurate title would be “Twice Upon a Time?”

After resolving its ongoing storylines and delivering “happy beginnings” to many of its central characters in its sixth season, “Once Upon a Time” is about to embark on a brand-new tale. The show will fast-forward into the future to follow the journey of all-grown-up Henry Mills –- now played by Andrew J. West (“The Walking Dead“) –- who appears in Seattle with his daughter Lucy in tow. In a shift in locale from the rustic to the urban, city’s Hyperion Heights neighborhood is subject to an ever darker curse than Storybrooke. And while many of the series’ long-familiar faces are off living new lives, a handful remain on hand to help the adult Henry in his quest — most notably, his adoptive mother Regina, the Evil Queen of lore (but not always so evil anymore).

Of course there’s a catch: Regina is not exactly what she used to be –- or even who. Hyperion Heights’ curse has cast her into a whole new persona: a bar owner named Roni.

“I’m no longer in pantsuits – I’m in denim and rock T‑shirts!” laughs Lana Parrilla, the actress who is thrilled to be once again reimagining her role over the past six years. “When we meet her, she’s a little rough around the edges, not the queen that we’re used to.”

“I’ve played so many different versions of this character and this one feels really different,” Parrilla adds. “All the other versions were evolutions of the character. And this one — I mean, her name’s not even Regina! She’s no longer in charge, and we’ve always seen Regina in charge, or try to be in charge, try to control, try to manipulate. And then she redeemed herself. But this Regina is something else, and I’m having a blast playing her.”

Parilla joined Moviefone and a small group of journalists at ABC’s press day for the Television Critics Association and offered her take on the show’s big change-up. 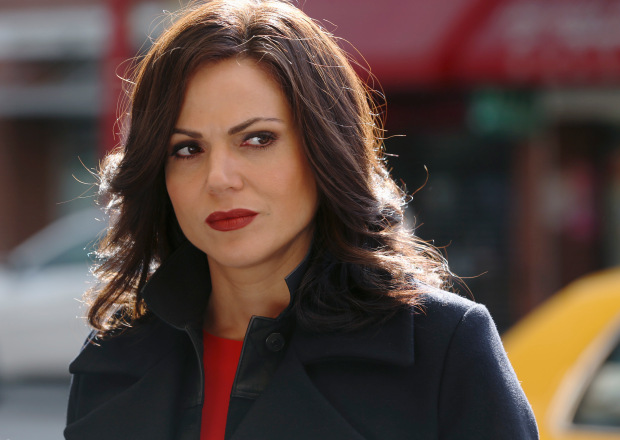 Moviefone: As one of the remaining cast members who’s been on the show since the very beginning, what’s kept you coming back?

Lana Parrilla: I’m always inspired by her. She started off as this Evil Queen, and then she was this mother to Henry, and the fact that she could have lost her son is what really changed her. And so then she became this redeemed woman.There’s just been so many levels to this character, that as an actor, I’m constantly intrigued.

What’s been fun, creatively, in this radical reinvention? Because you’ve tweaked her over the seasons, but this is a whole new starting point.

Yeah, it’s just fun building a character from scratch, discovering who she is, and kind of collaborating with the writers, just learning more about her background. Even making things up, because I don’t know much about it yet

It’s kind of how I approached the evil queen when we first started. I didn’t know that her boyfriend, the love of her life, was going to be killed. I made some stories up just so I could have something to draw from. And I’m doing a little bit of that now, but it’s going to take some time. We don’t know who she is just yet. We know that she is the voice of the people. That is something. She has a little Norma Rae quality to her.

She’s much more down to earth, she’s more relaxed. Her body’s different. She moves differently. She’s not malicious, she’s not evil. She’s the redeemed version, but maybe — just slightly …

Were you given a choice to come back, or did they always tell you, “Please, please, please …”

My contract was up in the sixth season, and I decided to come back.

People say, “Why would you want to come back? Aren’t you bored? Don’t you want to do something else?” I think — because of what they’ve done with Regina — it feels like a new job. It feels like the old “Once,” but then it doesn’t. And I think the only thing that really brings me back there is some of the flashbacks. But even then, Regina in the flashback is a different person. She’s much more mature, she’s a little more contemplative and not so reactive. She has a little bit of the fairy godmother quality. She’s a bit of a mentor, an advisor. And that’s a side of her we haven’t really seen.

When you started, did you have any idea that she was going to go through so many emotional changes? Evil to good, back to evil and so on…?

I had no clue. And I think it’s our job as actors, when you work on a part or a show, you have to show different levels. I couldn’t just lead with being this evil woman. It didn’t make sense. She was evil for a reason, and so I had to tap into that, which then makes her very human, relatable, and vulnerable.

You actually get to show off your musical talents with Roni.

That was a lot of fun. I had a blast. I’m not a singer, and I was terrified to sing. But I took on the challenge, and I love to dance. So it was fun. And I love rock and roll. And I felt like I had the rock and roll number, which was cool.

How about the external change with this character and her wardrobe? What do you love about the new look, and what do you miss about the old look?

I do not miss running in the forest in heels! I’m really happy to have thick heels now, and boots, and motorcycle boots. I like being in jeans. Regina was always in a skirt suit and stockings, and after all these years —

Did you ever complain about the shoes?

Oh, I’ve said, “We’ve got to change these shoes. No more running in the forest.” If you actually watch the last six years, you can see our continuity is all over the place. I’m in heels, and then I’m in high boots, and then I’m in rubber boots. It rains all the time. And then our excuse is we’re magical. We can make anything happen, we just change our shoes.

What was it like saying goodbye to your cast members that you’ve worked with for six seasons?

It was hard. It’s still hard. I miss them. I pass by their trailers, and their names are on them. I think of how often I would just run into Ginnie [Goodwin‘s] room and catch up with her and have a cup of tea. Or Rebecca [Mader] and I — she’s one of my best friends. We became sisters.