Norman Reedus Rides With Jeffrey Dean Morgan, Says Hello to All the Dogs 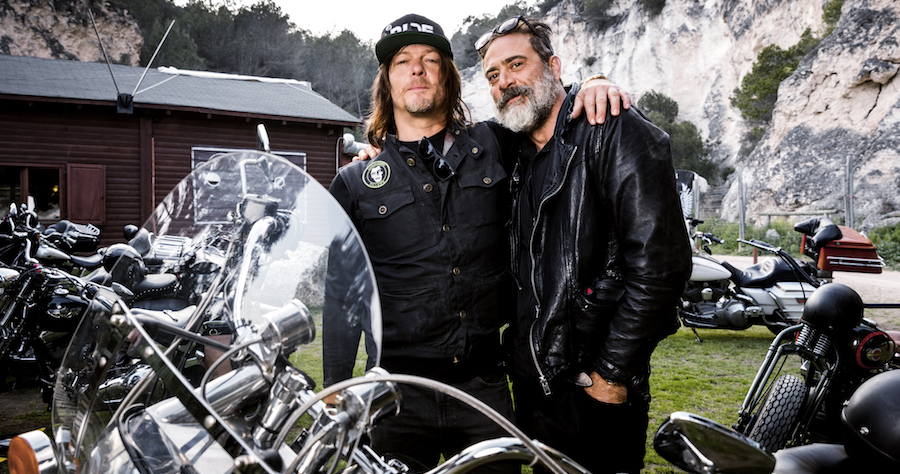 Norman Reedus is saying hello to every dog he meets in a new video from his show “Ride with Norman Reedus.”

This season, he’ll be riding through Spain with “Walking Dead” archenemy Jeffrey Dean Morgan and through Savannah, Georgia with comedian Dave Chappelle — and greeting every dog along the way.

In the video, Reedus says, “I like big dogs, but Manhattan doesn’t really work.” Also, his cat would go nuts if ever brought a dog home.

Among the highlights: the actor singing a song to a fluffy white dog called Sunny (“He’ll bite your face off!”) while playing a ukulele. And after a little pup tries to chase after his motorcycle, Reedus laughs, “All these animals have attitude around here!”

So if you see “The Walking Dead” star riding past and you’ve got a dog with you… chances look pretty good he’ll come over and say hello.

“Ride” returns November 5 at 11 pm on AMC, right after a new episode of “The Walking Dead” and its after-show, “Talking Dead.” It then moves to its regular time slot on Monday, November 6 at 9:00pm. Watch a preview for the new season of “Ride” below.