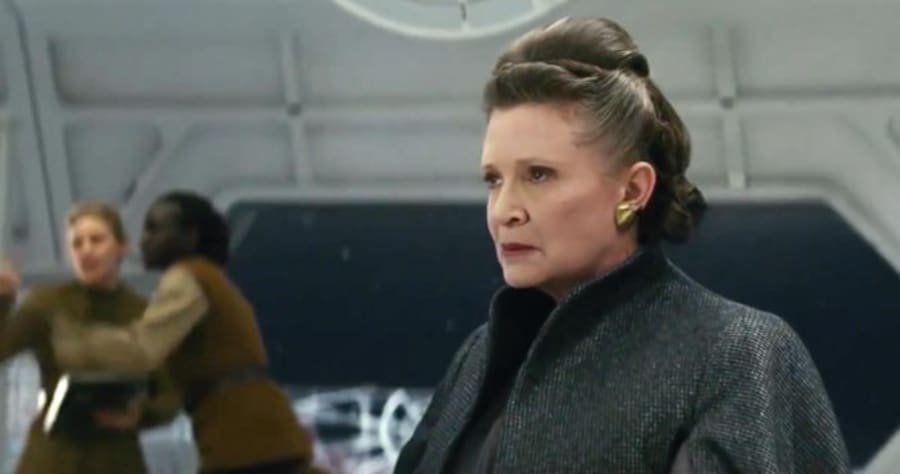 The new “Star Wars: The Last Jedi” teaser shows a mini reunion after 34 years. But should it have been shown?

Since it’s now November, we can officially say “The Last Jedi” opens next month. A new teaser just came out, recycling some footage from previous trailers (including the porg) but adding several new tidbits as well.

One addition shows Luke Skywalker returning to the Millennium Falcon for the first time since “Star Wars: Return of the Jedi” came out in 1983.

That could’ve been a special moment saved for the movie. Some fans are actively avoiding the new teasers, but the image of Luke in the Falcon is now all over the Internet. Someone who didn’t want to see it is going to see it. There will probably be plenty of other special moments in the movie. But it further fuels the debate of how much is too much to tease ahead of time.

Fans were left with more than that image, though, including questions about whether Rey is fully turning toward The Dark Side.

Me: who r Reys parents

Me: does Luke turn to the dark side?

Also me: do Rey and Luke fight?

Also me: does Rey turn to the dark side? pic.twitter.com/V1CIDKzHTl

WHY WAS REY STANDING OVER LUKE WITH THE LIGHT SABER….SHE BETTER NOT pic.twitter.com/Vn9VGNplMp

That final shot of Rey IS NOT a deceptive edit, BTW. https://t.co/rMbz6KqwKe

The final shot in the last trailer was a deceptive edit. Rey is taking to Chewie. This final shot is accurate.

Meaning she ignites in response to/defiance of Luke?

Luke in the Falcon!! Full on chills… https://t.co/zNka4YyDbQ

I Meant it when I said “I don’t want to see another trailer for #TheLastJedi“. So I’ll probably just not watch this new one.