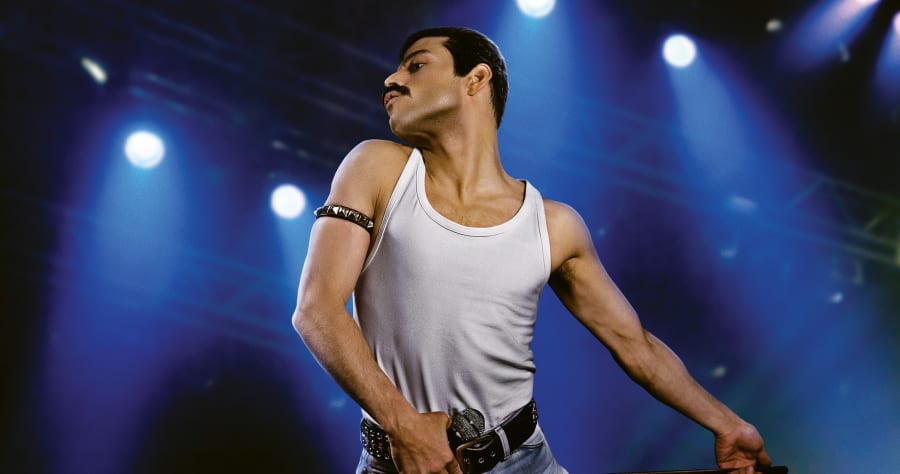 It’s tough to imagine anyone being able to adequately portray Freddie Mercury, the late Queen frontman with the iconic voice and flamboyant personality to match. But it looks like Rami Malek, who’s playing Mercury in upcoming biopic “Bohemian Rhapsody,” is doing a pretty great job so far.

A new set photo of Malek in character, taken by director Bryan Singer, has surfaced online, and like the first promo photo from the flick, it’s a pretty convincing portrait of the actor transforming himself into the musician. The snap, which Singer posted to Instagram, features Malek rocking out mid-performance, one arm outstretched while he strikes a very Mercury pose.

Couldn’t help myself and had to post this iPhone pic

It truly is an uncanny resemblance, something Malek noticed, too, after he first saw himself in hair and makeup.

“When you’re able to open your eyes and see a different person staring back at you in the mirror, it’s a very affirming moment,” the actor previously told Entertainment Weekly.

It looks like accuracy is extremely important to the production (those red leather pants Malek is sporting are taken straight from a Queen European tour), and Singer hasn’t been shy about sharing some behind the scenes snaps while shooting. We’re looking forward to getting some more sneak peeks from the director while we wait for the film to hit theaters.