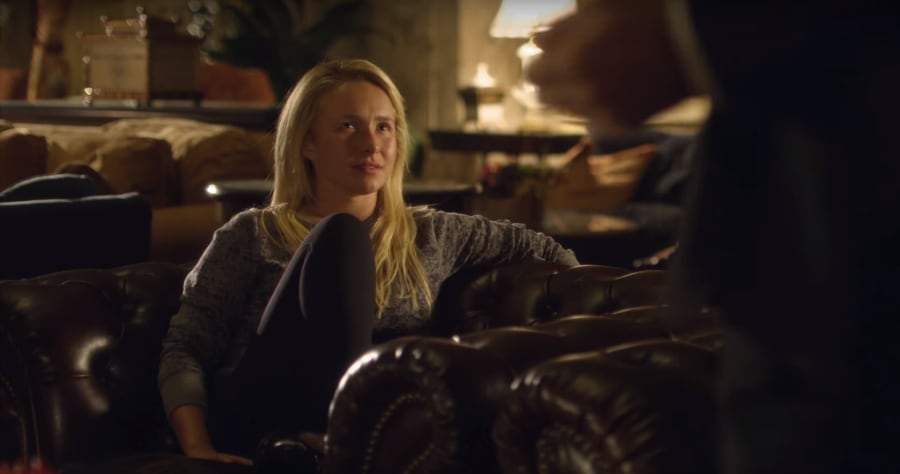 The season six premiere of “Nashville” is still a couple of months away, but CMT is already getting fans excited about the show’s return with the release of a new teaser and the announcement of a bunch of new characters.

The new faces are led by TV vet Josh Stamberg (“The Affair,” “Parenthood,” “Drop Dead Diva”), playing a character named Darius, described as “an extremely charismatic founder of a self-actualization movement that has transformed many lives.” He can be seen in the teaser (below), talking to Juliette (Hayden Panettiere) — and looking pretty smarmy, if we do say so ourselves.

The rest of the new characters include:

– Sean, played by musician and “Nashville” songwriter (and acting newcomer) Jake Etheridge, a recent military veteran who suffers from severe PTSD and has yet to embrace his talent and passion for music.

– Alannah, played by Rainee Lyleson (“Love Is Now”), a singer-songwriter who is a newcomer to the Nashville music scene and starts out as a backup singer but soon will be discovered for the star that she actually is meant to be.

– Jonah Ford, played by Nic Luken (“Ride”), a pop star who is very handsome, extremely confident and charming and exudes all the qualities of a superstar.

– Twig, played by Dylan Arnold (“When We Rise”), a childhood friend of Jonah and a member of his entourage who navigates this lifestyle by guarding his anxiety and pain with a caustic, brilliant sense of humor.

Season six of “Nashville” debuts on CMT in January 2018.