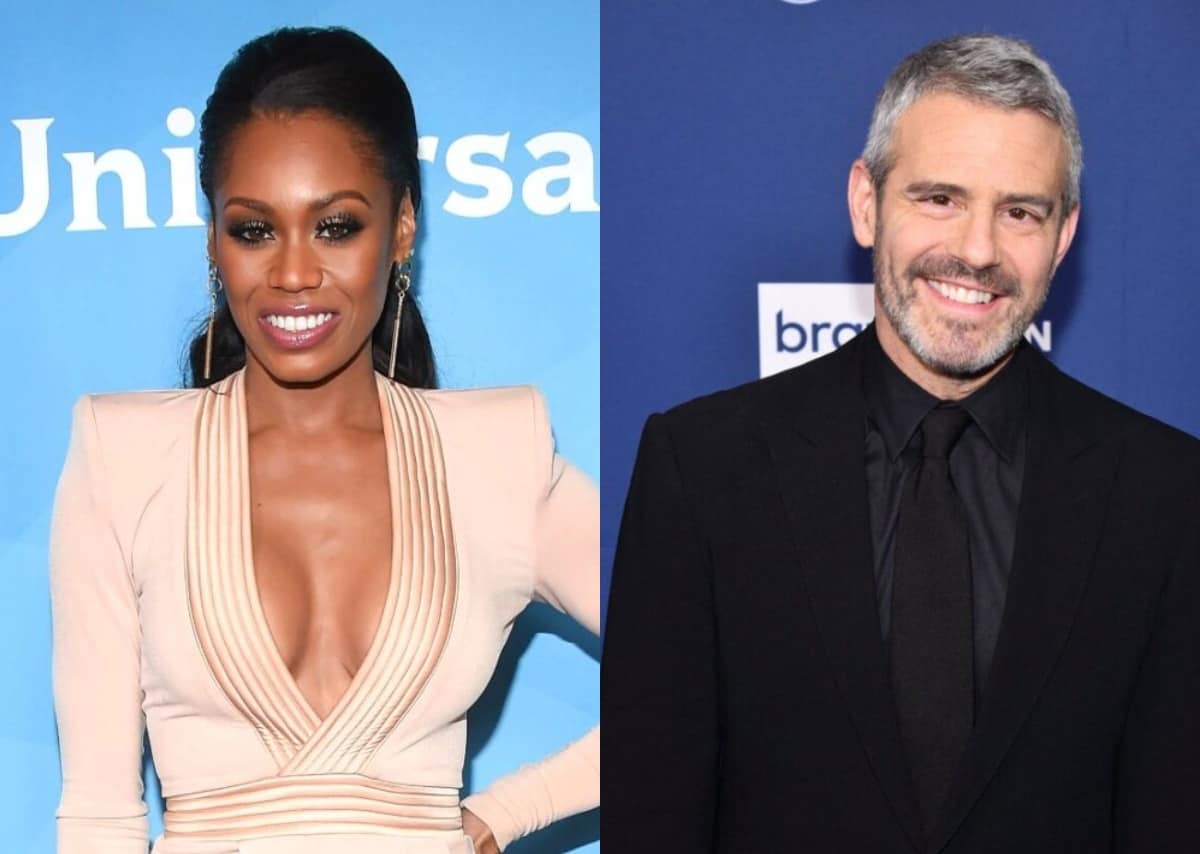 Monique Samuels says Andy Cohen held her “to a different standard” during the season five Real Housewives of Potomac reunion and explains why she will never return to the show.

Weeks after announcing her exit from RHOP, Monique is opening up about her alleged unfair treatment. After a scary physical altercation with co-star Candiace Dillard-Bassett, Monique issued her former friend an apology at the reunion, but that didn’t seem to be enough for Andy as he called her out for what he believed to be a “matter of fact and dry” apology.

Fans immediately began to call Andy out on social media and accused him of not remaining neutral among the RHOP ladies. At first, Monique seemingly defended her former boss, but she now admits that she agrees with the fans’ assessment.

“I was definitely held to a different standard,” said the mother-of-three in an interview with Insider. “At some points, I was being looked to show the emotion that they wanted me to show versus what I was giving to them, which was true for me.”

“I believe that his responsibility should be to get down to the bottom of whatever questions may have been unanswered during the season,” she added, speaking of Andy’s job as a host. “It’s his responsibility to treat everyone equally. If you’re going to hold one person accountable, everyone else needs to be held accountable as well.”

One particular question fans had, as they began dragging the Watch What Happens Live host on social media, was why he wasn’t as hard on the women (and some husbands) who have been involved in altercations on other franchises, such as The Real Housewives of New Jersey or The Real Housewives of Beverly Hills. The “Drag Queens” rapper suggests that RHOP needs a more diverse production staff.

“You need to have that representation behind the scenes because not everybody understands other cultures that are outside [of] themselves,” she explained. “If they did that then you wouldn’t get so much heat once it airs. It becomes obvious that the diversity is lacking in that area.”

Monique says she feels like “a whole load has been lifted off of [her]” since quitting the show as she explains why she will never put herself in that stressful position again.

“I will never be back on that show because too much has happened,” she revealed in an interview with Hollywood Life. “And to me, if people were really genuine and they really feel any type of remorse as they try to hold me accountable at a time that I wasn’t ready? Some of these ladies have done some really nasty, disgusting things and I’ve not had one apology in my direction. My husband [Chris Samuels] has not been apologized to either.”

The former reality star originally planned to return for season six before seeing how the third part of the reunion was edited — which she claims left out a lot of unflattering drama involving some of her former castmates —  but her mind is now made up and she’s leaving the show in her past.

She also stated, “I’m a woman of my word. I’ve always said that if the show ever interfered with my family or my marriage that I would definitely get to packing.”