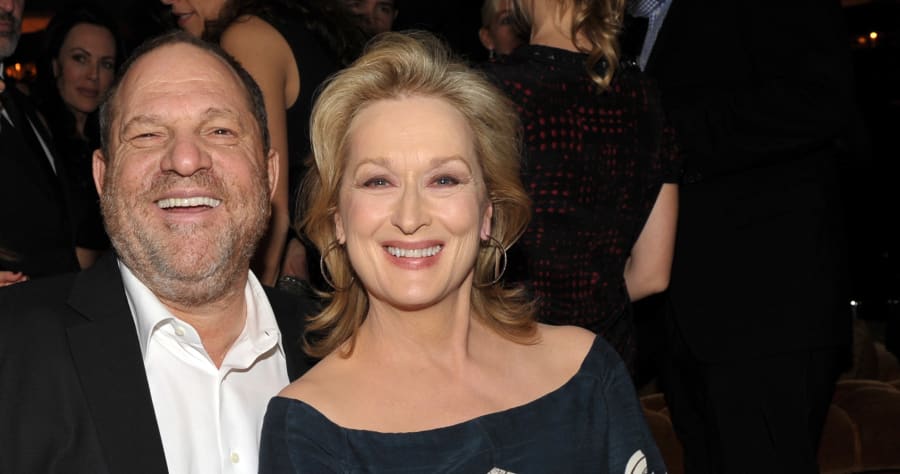 The fallout continues for Harvey Weinstein after last week’s bombshell report from the New York Times that alleged decades of sexual harassment from the powerhouse producer. After losing his job at The Weinstein Company, Weinstein is now also losing the support of some of the biggest stars that have worked with him in the past.

The most famous among them is Meryl Streep, who released a statement to The Huffington Post blasting the producer’s alleged behavior — which includes exposing himself and asking women to give him massages and watch him shower, among other inappropriate requests — and admitting she was unaware of the wrongdoing. Streep, who has collaborated numerous times with Weinstein, winning an Oscar for his 2011 production “The Iron Lady,” called Weinstein’s alleged actions “disgraceful” and “inexcusable.”

Here’s her full statement to HuffPo:

“The disgraceful news about Harvey Weinstein has appalled those of us whose work he championed, and those whose good and worthy causes he supported. The intrepid women who raised their voices to expose this abuse are our heroes.

One thing can be clarified. Not everybody knew. Harvey supported the work fiercely, was exasperating but respectful with me in our working relationship, and with many others with whom he worked professionally. I didn’t know about these other offenses: I did not know about his financial settlements with actresses and colleagues; I did not know about his having meetings in his hotel room, his bathroom, or other inappropriate, coercive acts. And If everybody knew, I don’t believe that all the investigative reporters in the entertainment and the hard news media would have neglected for decades to write about it.

The behavior is inexcusable, but the abuse of power familiar. Each brave voice that is raised, heard and credited by our watchdog media will ultimately change the game.”

Judi Dench, another actress who won an Oscar while working with Weinstein (for 1998’s “Shakespeare in Love”), also denounced the exec. In a statement to Newsweek, Dench voiced her support for his alleged victims.

“Whilst there is no doubt that Harvey Weinstein has helped and championed my film career for the past 20 years, I was completely unaware of these offenses which are, of course, horrifying, and I offer my sympathy to those who have suffered, and wholehearted support to those who have spoken out.”

While he has yet to make additional remarks on the subject, filmmaker Kevin Smith also briefly touched upon the Weinstein scandal in a tweet sent out on Monday. Weinstein was an early champion of Smith and helped launch his career, with Mirimax distributing the writer-director’s 1994 debut, “Clerks.”

He financed the first 14 years of my career – and now I know while I was profiting, others were in terrible pain. It makes me feel ashamed. https://t.co/T0hInW7EqJ

“He financed the first 14 years of my career – and now I know while I was profiting, others were in terrible pain,” Smith tweeted, responding to a question about the scandal. “It makes me feel ashamed.”

The New York Times reported last week that numerous women — including employees, actresses, and models — have claimed that Weinstein sexually harassed them over a nearly three-decade period. Ashley Judd went on the record to accuse Weinstein, and the Times reported that the exec paid at least eight women, including Rose McGowan, settlements over similar claims.