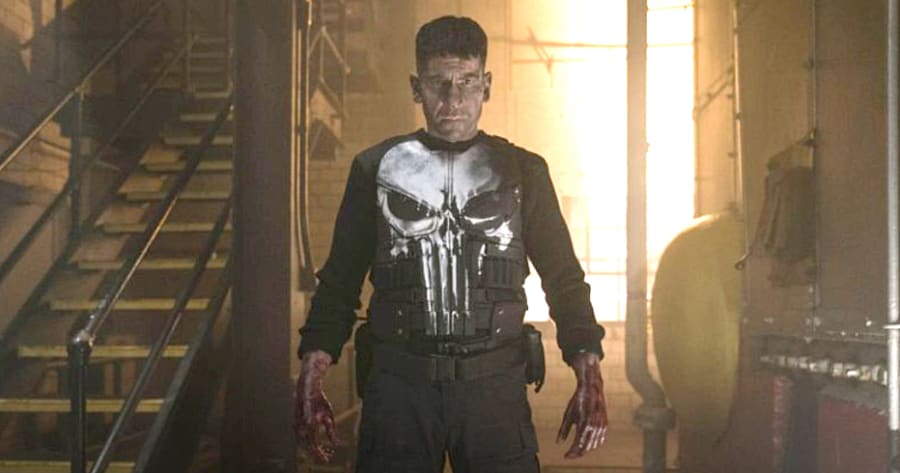 Oh, Marvel, you can be so savage.

Netflix has been teasing and teasing Jon Bernthal‘s “The Punisher” series, only just now revealing the premiere date at the end of the second official trailer.

Coincidence? Please. This is first class Marvel vs. DC fanboy trolling. And it worked.

Only the @ThePunisher would have the crazy balls to take on the freaking Justice League November 17th!!! OMG…. #thepunisher pic.twitter.com/Yh27jINobe

When you realize that #ThePunisher releases on the same day as Justice League pic.twitter.com/yZvvviH17c

But releasing #ThePunisher on the Justice League release date is petty. For such a big brand Marvel Netflix tries to be, why y’all sweating?

Marvel legit letting off shots at Justice League by releasing #ThePunisher on 11/17. pic.twitter.com/fYq4MpzaOb

The Punisher will be released on the same day as Justice League! That’s gonna be a great frickin’ day. #ThePunisher #JusticeLeague

“After exacting revenge on those responsible for the death of his wife and children, Frank Castle (Jon Bernthal) uncovers a conspiracy that runs far deeper than New York’s criminal underworld. Now known throughout the city as The Punisher, he must discover the truth about injustices that affect more than his family alone.

Marvel’s The Punisher premieres globally November 17, only on Netflix.”

Bernthal’s Frank Castle made his Marvel Cinematic Universe debut in “Daredevil” Season 2. He was popular enough to get his own standalone series.

Fans previously guessed wrong about “The Punisher” premiere date, but now that it’s a showdown, it’ll be interesting to see how people spend that Friday night. Here’s everything else opening Nov. 17.