Marco Rubio on ‘Game of Thrones’: ‘It’s Got a Lot of Good Strategies’ 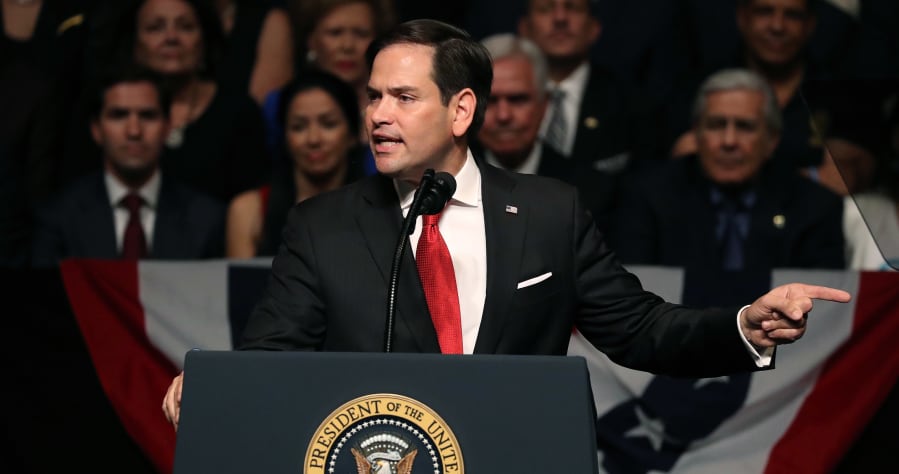 The world would be infinitely scarier if politicians started asking themselves, “What would Cersei do?”

Fortunately, Marco Rubio was joking when he suggested that watching “Game of Thrones” would have improved his political career. The U.S. senator from Florida was speaking at the Congressional Hispanic Leadership Institute’s sixth annual trade symposium at the Canadian Embassy on Wednesday when he quipped that he should have started watching the hit HBO fantasy series sooner.

“If I’d have watched [‘Game of Thrones’] two years ago, I would’ve been president,” he joked. “It’s got a lot of good strategies.”

“If I’d have watched [Game of Thrones] two years ago, I would’ve been president,” Marco Rubio says. “It’s got a lot of good strategies.”

We wouldn’t want to see anyone try out “Game of Thrones”-style tactics in real life, especially given how ugly last year’s presidential election already was. Rubio was part of the large Republican field that battled for the GOP nomination during the primary last year before ultimately losing to now-President Donald Trump. Among the low points were Trump nicknaming Rubio “Little Marco” and the two infamously exchanging jabs about penis size during a March debate.

Unpleasant as politics in the United States can be, at least we can say we haven’t hit the lows of Westeros, where characters scheme, manipulate, and murder to the n-th degree.