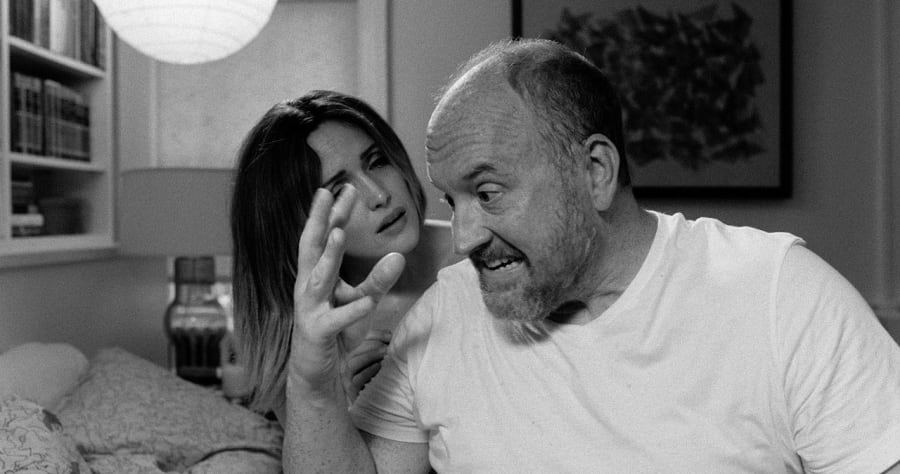 The first trailer for “I Love You, Daddy” looks and feels like a Woody Allen movie — but it was made by Louis C.K.

The comedian hasn’t directed a movie since 2001’s bomb “Pootie Tang,” but a lot has happened since then. C.K. became a mega star, much of it due to the Emmy-winning “Louie.”

Now, he’s back in the director’s chair as well as in fr ont of the camera. He plays a successful TV producer who isn’t happy when his teen daughter (Chloe Grace Moretz) begins dating a much older, famous movie director (John Malkovich) with a lecherous reputation.

The black-and-white photography and banter bring “Manhattan” to mind, and so it seems like C.K. is paying homage to Allen (whom he worked with in “Blue Jasmine”). Then again, C.K.’s character idolizes the Allen stand-in, only to be disappointed and horrified that his daughter is dating a sexual predator.

C.K. shot the movie in secret just months before it premiered in September at the Toronto Film Festival. It also stars Pamela Adlon, Rose Byrne, Edie Falco, and Helen Hunt, and opens in limited release November 17.